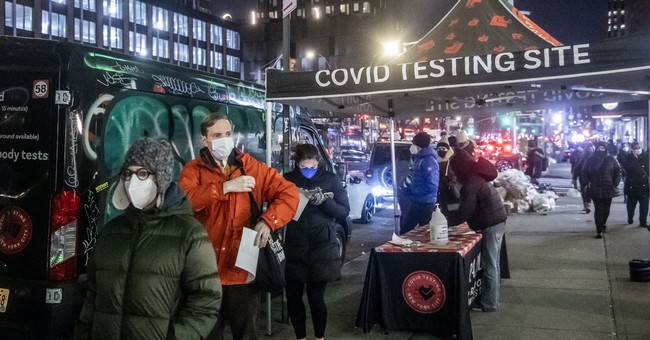 Well, that’s a rather peculiar statement, Mr. NIH director. With all the domestic crisis swirling around the Biden administration, I guess this would be the perfect time to sneak this into the record. At a recent House Appropriation subcommittee hearing, National Institutes of Health acting director Lawrence Tabak decided to let it be known that the early gene data for COVID was buried. Why? Well, the Chinese requested it. Maybe it was more of a demand. It only raises eyebrows concerning the ongoing theory that this pandemic was caused by a Chinese lab leak. It’s not a whacko theory anymore. It must be investigated. The fact that you got censored on social media for merely talking about it only added to the intrigue. Why? What are people so afraid of regarding this hypothesis? Now, China’s unusual fixation on controlling the narrative regarding the data should only reinforce inquiries into this being a lab leak (via NY Post):

National Institutes of Health acting director Lawrence Tabak confirmed to lawmakers Wednesday that US health officials concealed early genomic sequences of COVID-19 at the request of Chinese scientists — but insisted the data remains on file.

Tabak told a House Appropriations subcommittee that the NIH “eliminated from public view” the data from the pandemic epicenter in Wuhan, China, before adding that researchers can still access it via an archaic “tape drive.”

Vanity Fair recently reported that the information was hidden in response to a request from Chinese scientists, despite potentially resolving whether the virus leaked from the Wuhan Institute of Virology or passed naturally from animals to humans.

“There’s no question that the communication that we had about the sequence archive — Sequence Read Archive — could have been improved. I freely admit that,” Tabek said. “If I may, the archive never deleted the sequence, it just did not make it available for interrogation.”

When Bloom raised the issue, he was reportedly ganged up on by a group of researchers assembled by then-NIH Director Francis Collins and infectious disease institute head Dr. Anthony Fauci.

Documents published in September by The Intercept revealed that US health officials indirectly funded so-called “gain of function” research at the Wuhan lab — including the modification three bat coronaviruses distinct from COVID-19 and the discovery that they became much more infectious among “humanized” mice when human-type receptors were added to them.

Oh, we didn’t delete the data—we just prevented it from being scrutinized isn’t the pivot you think it is, sir. We shouldn’t be bending over to Beijing on anything, but we do—even data about a viral pandemic they possibly started. Like the Soviets with Chornobyl, I’m sure in due time we’ll find out the level of Chinese incompetence that occurred here. That this virus did come from a Wuhan lab leak, and that the government’s response, like the Soviets before them, was to deny it, blame the West, and then go about smothering the truth. They’ve also used it to imprison everyone in Shanghai.