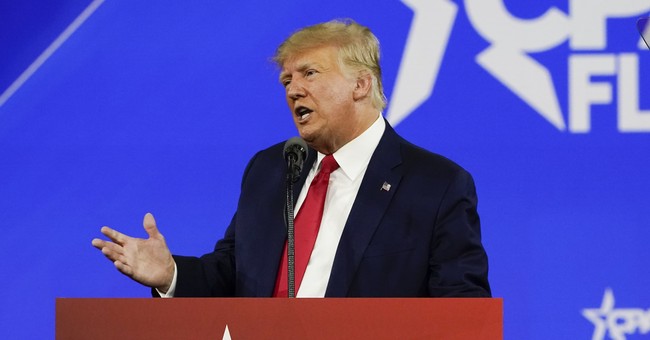 I’m a huge fan of horror movies, but I also know when certain franchises have become ridiculous. Friday the 13th and Friday the 13th Part II are great. It gets silly after part III—and totally goes off the rails by the time ‘Freddy Takes Manhattan’ was released. It’s the same with these ‘walls are closing in on Trump’ stories. Just end it. We all know the ending. Nothing is going to happen. Nothing happened with Russian collusion because that was a hoax. Nothing happened when Michael Avenatti declared war on the Trump White House. Avenatti screwed over his client, Stormy Daniels who must now pay Trump’s legal tab which is around $300,000. In a twist of irony, it was Avenatti who went to prison for trying to extort Nike. Then, there was the Manhattan district attorney’s office probe under Cyrus Vance. They were going to comb through the tax returns remember. This was it, right? The Left could sense victory. Well, Vance decided not to run for re-election and his successor, Alvin Bragg, ended the investigation indefinitely. No charges were filed. This little game is over. It’s been over for years, but liberal America still yearns for some criminal indictment against Trump. Rep. Liz Cheney (R-WY hit the Sunday circuit to declare that the House Select Committee on January 6 has evidence to refer Trump for criminal charges. Yeah, okay—we’ll all be waiting (via NBC News):

"It's definitely clear that what President Trump was doing. What a number of people around him were doing. That they knew it was unlawful. They did it anyway," Cheney, the vice chair and one of two Republicans on the committee, said on CNN's "State of the Union" when asked by host Jake Tapper if they had enough evidence to make a criminal referral for the former president. Cheney added that the panel has not made a decision on moving forward with the referral.

Her remarks came after the New York Times reported that the committee has concluded that they have enough evidence to make a criminal referral but its leaders were split over whether to do so.

"I think what we have seen is a massive and well organized and well-planned effort that used multiple tools to try to overturn an election," Cheney said. The committee has "got a tremendous amount of testimony and documents that I think very, very clearly demonstrate the extent of the planning and the organization and the objective."

Cheney added, "The objective was absolutely to try to stop the kind of electoral votes, to try to interfere with that official proceeding. And it’s absolutely clear that they knew what they were doing was wrong."

Of course, she said this on CNN. Cheney’s beef with Trump is just painful to watch as she’s lost all her standing among those in the party. she was booted from the leadership and now her only hope of clinching re-election is by coddling up to Democrats. I’m going to be heavy that nothing happens. By January 2023, this little committee is going away when the GOP retakes the House. It’ll be another episode in the ‘walls are closing in on Trump but never do’ series. It’s repetitive, but this production at least is always entertaining.