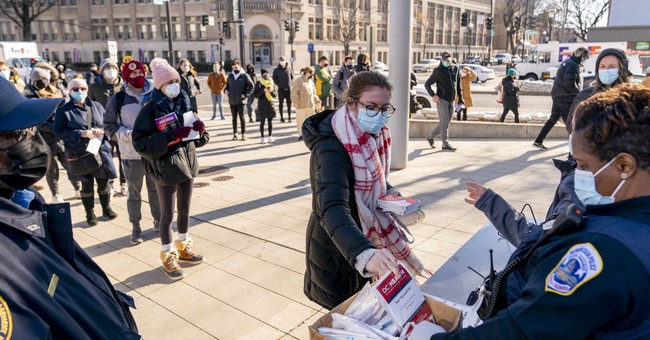 Omicron is here. There’s a new sub-variant. This must stop being news, folks. COVID is endemic. It’s no longer a story, really. Everyone is going to be exposed. Tens of millions will get it. Tens of millions will contract it multiple times. Everyone will eventually get COVID probably throughout the course of their life. It’s like the flu or the common cold. It has a 99-plus percent survival rate. We have vaccines and therapeutics. The pervasive panic we see from some people is simply not commensurate to the risk with COVID. There will sadly be deaths, yes—but we need to move on here. And of course, we can count on the media to continually stoke the flames of fear. National Public Radio had a classic example of burying the lede here with their piece about the Omicron sub-variant.

Here’s the headline: “A new version of the omicron variant has scientists on alert.”

INSKEEP: This sounds a bit dismaying. What's going on?

DOUCLEFF: Yeah, you know, you're not the only one to feel this way. Many scientists I speak to are like, you know, when is this going to stop or at least slow down?

DOUCLEFF: But I'm here with some good news. And that's while this new version of the virus does have scientists on alert, it isn't a new variant of concern. It's actually a different version of omicron, kind of like a sibling. I was talking to Emma Hodcroft about this. She's an epidemiologist at the University of Bern and one of the key scientists tracking variants around the world. She says when researchers first discovered omicron, they also found the second version right around the same time.

DOUCLEFF: Yeah. So so far, data from Denmark suggests that that's the case. You know, this new version doesn't appear to be more dangerous than the first omicron, which is great news. The disease it causes and the severity of that disease look very similar to what we see right now with this original version. And furthermore - and this is really important - the two versions of omicron share a bunch of mutations, and because of that, doctors and scientists expect that the vaccine and the booster shots are going to work about the same with this little sister.

Okay, so you got the vaccine push that’s interwoven in there. Scientists are on alert, but it’s not a variant of concern. It might be more contagious, but it’s not more lethal. Can we stop giving each other heart attacks here?