Gingrich: If GOP Retakes the House, 1/6 Committee Members Could Go Straight to Jail 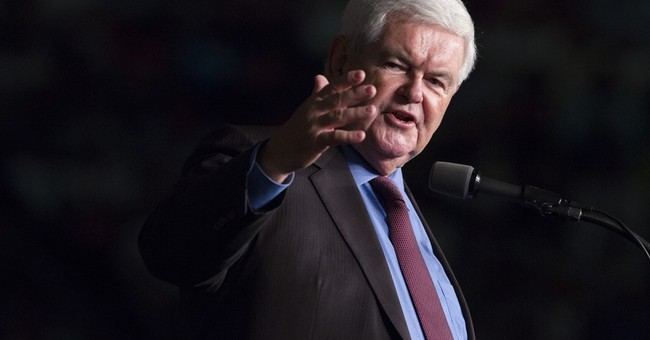 The 2022 midterms are here. It’s likely that the Republican Party retakes the House and possibly the Senate. With Biden’s appalling approval numbers and the likelihood that not much else is going to get done on the Hill, Democrats face a thin record to sell to voters who only see inflation rising, a supply chain crisis that remains out of control, and a president who is totally aloof. The Democrats only have a four-seat majority in the House. It’s going red. So, what will be the fate of the January 6 Select Committee? It should be trashed. I think it will since we all know it’s a Democratic Party circus being used as a fundraising ploy. It’s also a shoddy and transparent push to convict Trump on…something to prevent him from running for president again. The irony is the more aggressive this committee gets on their January 6 hysterics; it only increases the likelihood that Trump runs out of spite. Yet, former Speaker Newt Gingrich went even further, suggesting that the committee members could be jailed for their involvement in the anti-Trump witch hunt (via Newsweek):

Representative Liz Cheney, a Wyoming Republican, responded with a warning after prominent Republican Newt Gingrich suggested that members of the House select committee investigating the January 6, 2021 attack against the U.S. Capitol could face jail time if the GOP returns to power.

Gingrich, who served as House Speaker from 1995 to 1999, made the remarks during an interview with Fox News on Sunday morning. He predicted what will happened to the January 6 committee if Republicans take control of Congress. "The wolves are gonna find out that they're now sheep, and they're the ones who—in fact, I think—face a real risk of jail for the kind of laws they're breaking," Gingrich said.

Cheney, a staunch Trump critic, serves as the vice-chair of the House select committee investigating the January 6 violence. She tweeted a response to Gingrich's threat later on Sunday.

Yeah, I don’t know about jail, but if remarks like this ruffle the feathers of liberals and anti-Trump Republicans—I’m all for it. And Liz Cheney is the perfect person to fall for this because she’s just obsessed with de-Trumping the GOP. It’s not going to happen, Liz. Maybe that will sink in when you get primaried out of your seat. Leaving out the ‘straight to jail’ aspect of this, the committee has been saddled with eye roll-worthy moments. The texts that Mark Meadows turned over would probably bear more weight if key members of the committee didn’t peddle doctored versions of them. The credibility of this whole act was shoddy, to begin with, and Democrats spewing fake texts just embodies the ethos around this whole production. The truth doesn’t matter if Trump goes down. He’s not. How many times have we heard that the ‘walls are closing in,’ and nothing happens?