The 'Glenn Youngkin Has COVID' Game Has Begun With Liberals 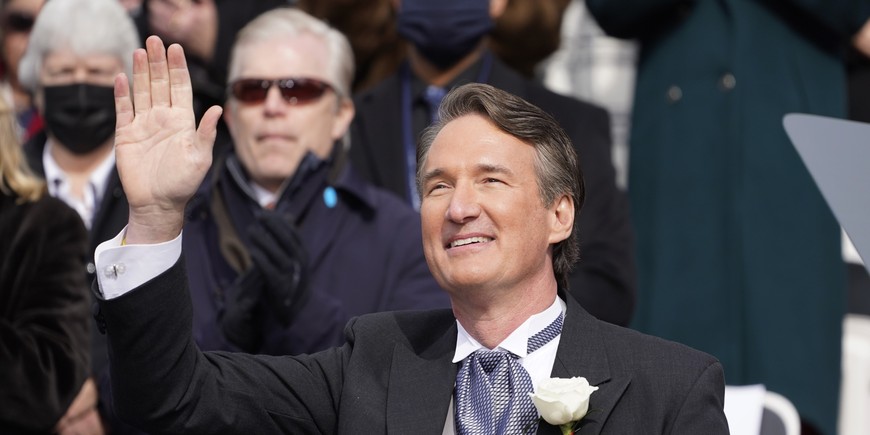 It didn’t take long for liberals and COVID panic porn peddlers to craft their tinfoil hats and peddle unsubstantiated rumors about Virginia’s new Republican governor. Glenn Youngkin is in. Blackface Ralph Northam is out. It’s a new, pro-freedom, and common-sense era in Virginia. The GOP controls the top three statewide elected offices and the House of Delegates. Elections have consequences. So, to stroke their own egos, liberals have decided to float this theory that Youngkin has COVID. He hasn’t been seen for a bit, so he’s obviously infected, right? I don’t know. I’m not mentally ill like the Left and hope people get sick due to political differences.

Reports and speculation swirling from insider sources that new VA Governor Youngkin might have COVID. Both #Youngkin and his Lt Gov schedules have suddenly few to no appearances too. Youngkin infamously banned school mask mandates upon taking office last weekend. https://t.co/anUmTAqvKu

2) Many of @GlennYoungkin’s staff reportedly has #COVID19. And the new Lt Gov has “disappeared”. https://t.co/6VnBY8Mblk

The LG has declined since the campaign to disclose her vaccination status.

Lt. Gov. Winsome Sears has been avoiding public events due to close contact and did test negative, but the flip side of that is we don’t know her vaccination status. She won’t divulge that to the media for obvious reasons. Frankly, she should keep that to herself just to screw with them, and I say that as a person who is vaccinated and received a booster. Everything that was sold to us about the vaccine was a lie. It doesn’t stop transmission. The vaccinated can still get COVID, and many have with Omicron. If you said this three months ago, Twitter and Facebook would have fact-checked or suspended you. Here’s the truth: vaccines prevent serious illness and death, but you can still get infected. It’s like the seasonal flu vaccine that’s offered every year. This is the new norm, folks. But that similarity with the flu vaccine is why the media cannot say it. It further undercuts their action item of sticking a needle into every eligible American. Omicron blew up the narrative that this is now a pandemic of the unvaccinated. Everyone, vaccinated and unvaccinated, is getting COVID. Deal with it. It’s a virus that has a 99-plus percent survival rate. Omicron is highly contagious but overall, very mild.

We don’t know if Youngkin has COVID. I wish him well if he does. He’s going to be fine. It doesn’t mean that the school mask mandates are good. They’re not. It doesn’t mean that Virginia is going to experience a COVID outbreak. It already has—Omicron was here when blackface Northam was still governor. COVID is endemic. It’s here to stay, and this variant is mild. The New York Times mentioned a risk assessment between Omicron and the seasonal flu. There’s not much difference. Is there a risk? Sure—but Omicron presents no greater danger to the average American. This study done in the UK centered on those who are most at-risk of dying from infection who are 65 years of age or older.

I’m not going to know what the governor’s health status is because I’m not part of the death cult that is liberal America when things don’t go their way. It’s a new game now.

You know the original strains.

‘If this bill doesn’t pass, the nation will crumble.’

‘If Democrats don’t win, then our democracy is in peril; it could be the last free election.’

And the new ‘Oh, a Republican won an election, well, I hope he has COVID.’