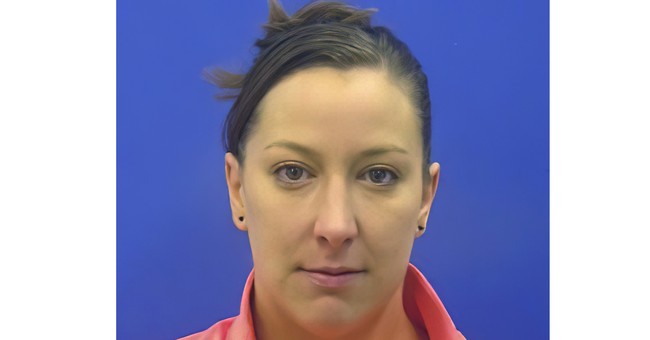 Ashli Babbitt was shot and killed by Lt. Michael Byrd, a Capitol Police officer. He’s reportedly been cleared without an interview. There have been allegations that this shooting has been whitewashed by authorities. The attorney for the Babbitt family lobbed a serious allegation that Ashli was ambushed when she was shot. There are other experts who question the use of force protocol concerning this shooting. Babbitt has been smeared by the liberal media as being a violent insurrectionist. Well, a new video has surfaced that shows Babbitt trying to stop an attack on the Speaker’s Lobby. As the video progresses, her family alleges that it only shows her being in the wrong place at the wrong time. She recognizes that and tries to extricate herself from the situation. That’s when she gets shot and killed by police (via Epoch Times):

Babbitt then climbed through the window to escape violent instigators, says husband https://t.co/QIyXyQ4OII

Frame-by-frame video evidence analyzed by The Epoch Times paints a vastly different picture of Babbitt’s actions than that portrayed in media accounts over the past year. News media regularly painted Babbitt as “violent,” a “rioter,” or an “insurrectionist” who was angrily trying to breach the Speaker’s Lobby.

Video clips appear to show she tried to prevent the attack, not join it.

Video footage shot by John Sullivan, also known as Jayden X, shows that Babbitt tried to stop the violence against the Speaker’s Lobby at least four times before she climbed into a broken window and was shot by U.S. Capitol Police Lt. Michael Byrd. At one point, she was so distressed at the violence, she jumped up and down in frustration.

“The reality of it is, Ashli wasn’t a violent person. She was a good person, but they’ve demonized her to become this domestic terrorist that she never has been,” Tayler Hansen, an independent journalist who was feet away from Babbitt when she was shot, told The Epoch Times.

Hansen said he was walking behind Babbitt in a hallway on the second floor of the Capitol at about 2:40 p.m. She turned right down the Speaker’s Lobby hallway. Hansen followed.

“We didn’t know anything about the building we were in. She turned the corner and I just followed her,” Hansen said. “A big group of people followed us after I followed her. People just kind of emerged on the door. By that time, she was stuck in the corner.

“She was literally trapped there,” Hansen said.

“About five minutes prior to her getting shot and killed, all of those officers, Officer Yetter and the other officers in the hall, the MPD cops, they were all joking with her and laughing with her,” Hansen said. “They were having conversations and joking and laughing. Then not even five minutes later, Michael Byrd comes and executes her.”

Babbitt confronted rioter Zachary Alam, leaning in between him and one of the police officers guarding the doors. Alam turned away from Babbitt and punched a window to the side of the officer’s head. Babbitt winces just before Alam strikes the window with his right hand. He later uses a helmet to smash the tempered glass.

An audio analysis of video footage taken in the hallway reveals that Babbitt shouted, “Stop! No! Don’t! Wait!” according to her husband, Aaron Babbitt.

Yeah, that’s quite the 180-degree turn on this story which still had more questions than answers. Of course, you can’t trust the media. They were the ones who tried to gaslight us all regarding the death of Officer Brian Sicknick. He was initially reported as being killed with a fire extinguisher by rioters. Nope. It was then the bear spray that killed him. That was debunked as well. He died of natural causes, as confirmed by the coroner. Yet, this came long after his death was politicized and weaponized by the Left and their media allies to smear all Trump supporters are violent insurrectionists. It was not a violent insurrection. It was not a coup. It was not worse than 9/11. It was not worse than the American Civil War or Pearl Harbor. Still, Democrats are obsessed about 1/6 to the point where they’re considering a memorial to be built. Is it for Ashli Babbitt? She was the only person who died that day. Many more questions about this incident remain unanswered.