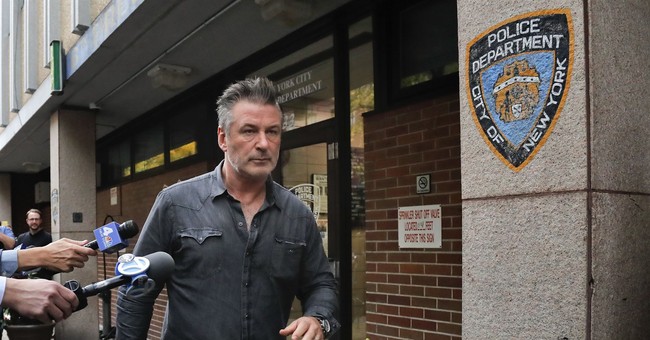 In October, Alec Baldwin shot and killed cinematographer Halyna Hutchins. He was reportedly practicing a stunt for his film Rust. The previous film crew had quit reportedly over the working conditions. Baldwin was told by an assistant director that he was using a ‘cold gun.’ He fired and hit Hutchins and director Joel Souza. Baldwin never checked to see if the gun was indeed safe. That’s on him. Now, in a recent interview with ABC News’ George Stephanopoulos—he said that he didn’t pull the trigger and that someone was responsible, but it wasn’t him.

The production was in New Mexico. Authorities there said outright that no legal options had been taken off the table. This quickly became a criminal investigation as more and more evidence suggesting that this fiasco could have been avoided. Now, a search warrant has been issued for Baldwin’s phone (via Fox News):

The sheriff's department wants to search Baldwin's phone for any evidence relating to the death of Halyna Hutchins.

"Affiant is requesting a warrant for the seizure and search of Alec Baldwins' [sic] cell phone to search for any evidence relating to the death investigation of Halyna Hutchins," the affidavit, obtained by Fox News Digital, said. "Affiant believes there may be evidence on the phone due to individuals using cellular phones during and/or after the commission of crime(s)."

"Such information, if it exists, may be material and relevant to this investigation. Affiant was also made aware there were several emails and text messages sent and received regarding the movie production 'Rust' in the course of interviews."

Baldwin told police he had corresponded with armorer Hannah Gutierrez Reed via email discussing different types of guns to use during production. The actor had told police he requested a larger gun for filming, according to the search warrant.

Police found conversations regarding the "Rust" production on Hutchins' phone dating back to July 14, 2021, as well as photos taken in the Santa Fe area dating to September 7, 2021.

"Affiant believes gathering information prior to the film start date of Rust is essential for a full investigation," the affidavit said, adding that police requested Baldwin's phone but were told to get a search warrant.

Liberal lawyer Gloria Allred noted that because Baldwin is a producer of the film, he’s still responsible for the shooting incident. We’ll see what happens.