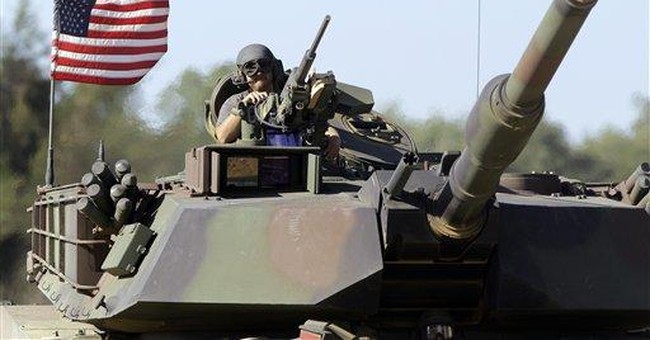 Okay, so you know that whole thing about liberals saying the quiet part out loud? Well, here's a classic example. We know the Democrats want a national vaccine mandate. They want OSHA or any federal agency to be a quasi-medical gestapo to enforce it. At all costs, they want to stick us all with the needle. Look, I've been vaccinated. I had COVID. I recovered. The former option was my choice. I'm not for mandates, and luckily the courts have started to push back on this move by the Biden administration.

Still, that hasn't stopped pundits from blurting out what we all know what liberal America wants, and in this case, it comes from an unlikely source and network. Jim Cramer of CNBC's "Mad Money," of all places. It's insane. He wants a nationwide vaccine mandate, and he wants the military to run it (via The Hill):

CNBC host Jim Cramer expressed outrage at Americans who have refused to get vaccinated against the coronavirus and suggested the White House consider creating a universal vaccine mandate for all people in the United States.

"So it's time to admit that we have to go to war against COVID," Cramer said on his long-running business program "Mad Money" on Monday. "Require vaccination universally. Have the military run it. If you don't want to get vaccinated, you better be ready to prove your conscientious objector status in court."

President Biden has not suggested a nationwide vaccine mandate but on Monday assured Americans that the best way to protect themselves and others from all variants of the coronavirus is to receiver a full vaccination course and a booster shot.

On Monday, a federal court temporarily blocked the Biden administration’s COVID-19 vaccine mandate for health workers at hospitals that receive federal funding after 10 states sued the administration to halt the rule.

Earlier this month, the Occupational Safety and Health Administration (OSHA) suspended enforcement of the Biden administration’s COVID-19 vaccine mandate for large private businesses, meaning those with 100 or more employees. The order would have effected nearly 80 million workers.

Cramer argued "toothless" requirements from government agencies like OSHA do not go far enough in requiring vaccinations and helping the country's economy get back on its feet amid record inflation and supply chain issues.

Yeah, I guess Cramer missed the legal news regarding the mandate's legality, huh? The courts are saying "pump the brakes" on the mandate…so let's just have the military supersede the judiciary. I don't know about you, but some people have told me that this suggestion could be inciting an insurrection. Actually, it's an armed insurrection.

Overall, it's totally insane. There's a reason why we have laws on the books that very carefully lay out police matters, and this would become a law enforcement operation, which should not be given to the military so willingly unless under extreme circumstances—and this isn't it.