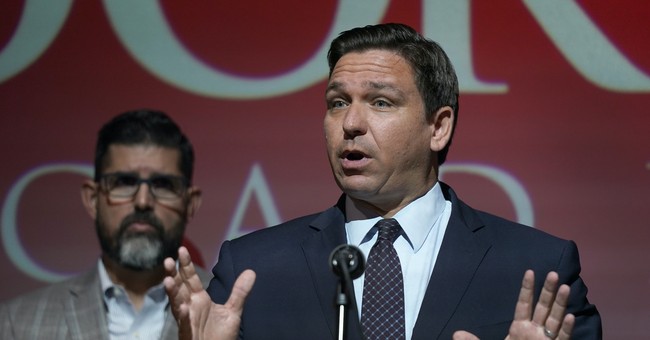 Florida Republicans have a message for OSHA: I want a divorce. There was some good news over the weekend. The courts ruled that the Joe Biden COVID vaccine mandate should be put on hold. Still, President Dementia has told companies to defy the courts and move forward with the protocols needed to satisfy this fascist vaccine demand. So, the Florida GOP is trying to sever ties with OSHA. Will it succeed? It’s totally alien legal territory (via KCBY):

Republican lawmakers in Florida are proposing to pull out of the Occupational Safety and Health Administration (OSHA) in order to sidestep the Biden Administration's new vaccine mandate.

In response, Florida's Governor Ron DeSantis announced the state would sue the Biden Administration over the mandate and the state GOP lawmakers immediately began accusing President Biden of executive overreach.

"We are not going to let Joe Biden turn our businesses owners who are the backbone of our economy into the vaccine police," Treasure Coast State Rep. John Snyder told CBS 12 news in an interview…

State lawmakers will come back early to Tallahassee in two weeks for a special session, called by DeSantis to outlaw all vaccine mandates in the state. Republican leadership in Florida are proposing the state consider withdrawing from OSHA, so as to not be subject to the federal government's new vaccine requirement.

This move was announced last week. You must fight back. For those who thought this vaccine mandate would not be limited to companies with over 100 employees—congrats. This administration said it could be expanded—that’s what Democrats do. Keep pushing the limits until there are none and all bow before them. And these people were the ones who felt that Trump’s mean tweets constituted a crisis of some sorts.