Before Phil Murphy Was Declared the Winner in NJ's Gov Race, We Had Dozens of Voting Machines Shut Down 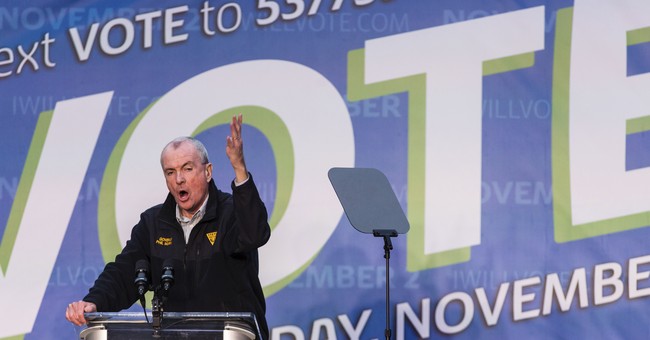 It's over. It came down to the wire, but Democratic Gov. Phil Murphy has barely survived re-election. His Republican opponent Jack Ciattarelli gave King Phil a run for his money. Yet, prior to this race being called, there was still funny business with the vote counts.

What is going on in New Jersey? We had some 50-plus voting machines shut down in Essex County. Around 56 of these machines couldn’t tabulate the ballots from Tuesday night. Hudson County also double-counted their ballots which artificially buoyed Murphy’s lead. Now, Murphy avoided getting scalped by voters, but this turned into a nail-biter. It wasn’t supposed to be this close; Murph was slated to cruise back into Drumthwacket. Not the case. Everyone has a plan until they get punched in the mouth. There were huge swings in counties, like Passaic, that would make this a razor-thin victory for Murphy. It seems Democrats’ inroads with rich white liberals remained stable enough to hold off a GOP sweep of the 2021 gubernatorial elections. In Virginia, Republican Glenn Youngkin bested Democrat Terry McAuliffe.

Yet, some fugazi math was at play here, which will inevitably breed conspiracy theories. At the time of this incident, the county clerk said that no one should jump to conclusions, but in a race this close—and given New Jersey’s past with dirty Democratic tricks—this won’t be the case. That—I can tell you (via News12):

Essex County Clerk Christopher Durkin says he has a lot of work ahead of him after the votes from 56 districts were not counted Tuesday night in the county.

“It’s a mix but they are mostly in Newark, in East Orange, Irvington, Maplewood, Montclair, the majority of those 56 districts,” says Durkin.

Durkin says you can call it poll worker error. There will be an investigation as to why it happened. He asks New Jersey residents not to jump to conclusions as to why the 56 voting machines were shut down last night without being counted first.

“Those machines are at the polling places right now,” says Durkin. “Those machines have to be brought back to the warehouse. A judge will issue an order for us to open those machines, retrieve the results and post those results.”

But it doesn’t look like that will happen on Wednesday.

You have one job, guys. And this is a Democratic stronghold. The county includes the city of Newark. The funny stuff always happens in the most Democratic bastions. That’s just a coincidence*, right?

* Of course, I’m being sarcastic.