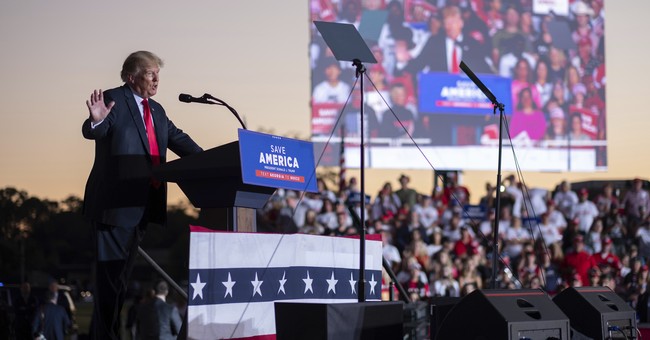 So, Sen. Bill Cassidy (R-LA) says that not only will he not support Trump 2024, but he’s confident that he won’t be the nominee. That’s going all-in for sure. His state is pro-Trump. The GOP is Trump. He’s either stubborn or getting some bad advice. Since Trump won the 2016 GOP nomination, the party has been transformed. Sure, there are some Never Trump elements that can make things difficult due to their cash reserves, but the base is no longer enamored by candidates of the McCain-Romney loser era. It’s become a bluer collar base. It’s more populist. In fact, a good chunk of the Trump coalition is economically progressive. It’s the cultural issues, like immigration enforcement, that keep them from drifting too far into looney leftism.

It’s also one of the most efficiently dispersed coalitions—ever. Trump voters are clustered in areas that are competitive. You cannot beat that type of advantage. Republicans also want Trump to remain a top figure in the party and shape its future, so I’m not so sure this is a good bet, senator. I mentioned this earlier today. And how many Republicans want to see Trump run again in 2024? Oh, only about 80 percent (via The Hill):

Seventy-eight percent of Republicans polled said they think Trump should run again, while 16 percent said he should sit out the 2024 race. Meanwhile, 94 percent of Democrats and 58 percent of independents said Trump should not run.

The poll underscores the stubborn support Trump enjoys among the GOP base, backing that may be growing. Sixty-six percent of Republicans said in the same poll in May that Trump should run for the White House in three years.

"While a majority of Americans say, 'been there, done that' about Trump, and half feel he has damaged the underpinnings of democracy, support for the former president within the GOP has grown," said Quinnipiac University polling analyst Tim Malloy.

The survey comes as Trump presents increasingly strong signals that he plans to launch a 2024 campaign.

Yeah, sorry—no party has done more to damage our institutions than the Democrats, the liberal media, and their deep state allies. Folks, the IRS was almost on the verge of spying on every financial transaction for most Americans with that surveillance ploy that would allow this agency to track any activity from accounts with at least $600. They said it was to sniff out tax evasion. No—it was a spying operation. Biden tried to defy the Supreme Court on the eviction moratorium and this COVID vaccine mandate that will be enforced by OSHA that will become a medical Gestapo force is probably the worst act of overreach thus far from this disastrous presidency. Biden is also Mr. executive order. He’s trying to turn 10-40 million law-abiding Americans into criminals with this ATF tweak on pistol stabilizer braces. He wants to ban them, and this move will do nothing to enhance public safety. I just roll my eyes when I hear ‘Trump damaged our democracy’ talking points. That’s the Left. It’s always the Left.

I’m sure other polls will have different numbers of GOP voters who want to see Trump 2024. Some might only show a plurality. We’ll see. There’s a lot of time, but even if Trump gets a plurality—it shows that he has solid ground to win the nomination again. There’s interest—high interest this early in the game and it’s always been known that he could clear the field.