After this Interview, The Trump-Russian Collusion Myth Is Never Going to Die, Right? 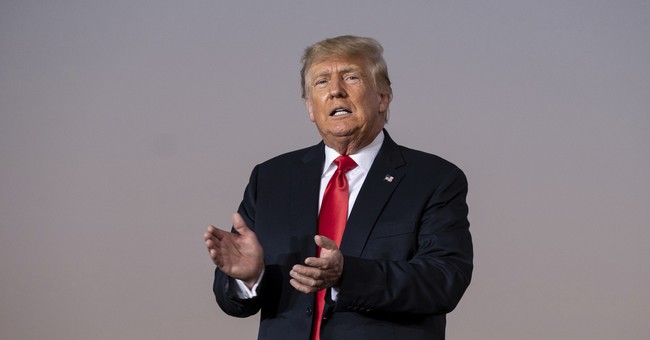 It's nothing new. We all know the principals involved in this myth-peddling operation. We all know the story was trash. We all know the damage they did to our institutions and the Trump presidency. They were willing to burn everything down to stop Trump. That’s all you need to know about the Left, the media, and their deep state allies. The Russian collusion narrative was probably one of the worst journalistic blunders in recent memory. There was no evidence to proof Russian collusion. Not even Robert Mueller could manufacture anything to corroborate any of the claims. This whole circus was based on the ‘Steele Dossier,’ which was compiled by an ex-British Spy, Christopher Steele, as part of a Democrat-funded opposition research effort. The Clinton campaign footed the bill for this venture. The FBI knew the source material. They knew it was an opposition research project and still weaponized it to spy on the Trump campaign and Carter Page, a former campaign official.

They omitted exculpatory evidence and doctored other pieces to secure FISA spy warrants against Page. The dossier was never fully verified—ever. And its most explosive allegations have been totally debunked. The rest of it is unsubstantiated gossip. Now, Steele has been interviewed where he says he stands by his work (via NY Post):

Steele defended the explosive claims in his controversial dossier that became the catalyst for the investigation into whether former President Donald Trump or his campaign colluded with the Russians during the 2016 presidential election.

“I stand by the work we did, the sources that we had, and the professionalism which we applied to it,” Steele says in the documentary, ”Out of the Shadows: The Man Behind the Steele Dossier,” which premieres on Hulu Monday.

Steele, a former MI6 agent, said in an excerpt of the documentary aired on ABC’s “This Week with George Stephanopoulos” that he wants to “set the record” straight about the dossier that was eventually debunked by special counsel Robert Mueller’s investigation.

In the interview, Steele insisted that his claim that Michael Cohen, then Trump’s self-described fixer, traveled to Prague in 2016 for secret meetings with Russian officials is true.

Cohen denied the claim and the FBI found no evidence of a meeting.

Steele is less confident about the salacious “pee tape” episode contained in his dossier.

It alleged that Trump hired prostitutes in 2013 to urinate in front of him on a bed in Moscow’s Ritz-Carlton where the Obamas had once stayed — an incident supposedly captured on video by Russian intelligence officials.

Steele said the alleged tape “probably does” exist — but that he “wouldn’t put 100% certainty on it.”

Like many of the other claims in the dossier, the “pee tape” was dismissed as being based on hearsay.

Yeah, that’s because the Prague meeting never happened. And the ‘pee tape’ was always trash. These people know that the anti-Trump GOP and the Democratic base will buy anything that feeds into the Russian collusion myth. It’s as addictive as meth—and these lefties fall for it every time. False narratives that feed the Left’s anti-Trump rage will always torpedo facts. It was always trump facts. And this behavior supposedly coming from the ‘facts matter’ crowd.

This is never going to end, folks. No matter what happens—the Kremlin will always be the reason for Hillary’s 2016 loss. It couldn’t be that she was just a terrible candidate—no way, right?