Wait...A Chinese Illegal Set Fire to a Church in Alabama? 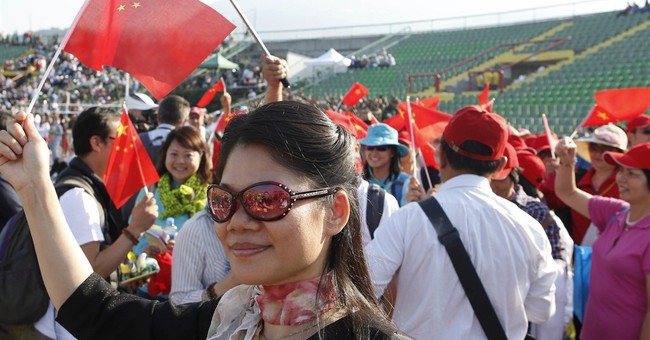 When it comes to illegal alien crime, it's usually a horror show. It's truly some of the worst acts of criminality out there. Take your pick. They've committed rape, murder, larceny, assault, and child trafficking. Yes, not all illegals commit violent crimes—they've all committed a federal crime regarding our immigration laws—but that's not the point. These instances where our citizens are killed by illegals should drive any person insane. Families who have lost loved ones would have been spared this terrible pain if our government just enforced its immigration laws. Liberals have tried to say any reporting or activism that seeks to deport violent criminal aliens is based on racism as most are Latino. Well, in Alabama, we have an example of an illegal alien trying to set fire to the church attended by Gov. Kay Ivey. Yet, this is a far east coast example—very far east (via Daily Wire):

An alleged illegal alien from China is facing a federal second-degree arson charge after allegedly setting fire to the historic First Baptist Church in Montgomery, Alabama, which is attended by the state’s governor.

“According to a news release from the U.S. Attorney’s Office, Xiaoquin Yan, 27, is charged under a statute of law that makes setting fire to any building ‘used in interstate or foreign commerce or in any activity affecting interstate or foreign commerce’ a federal offense,” The Montgomery Advertiser reported. “According to federal court documents, the church falls under this category for protection because it sends money through reoccurring wire transfers to India to fund local churches that were founded by First Baptist Church.”

Yan allegedly set fire to the church on September 30, 2021. A sworn statement by a federal agent says that Yan raised suspicions with a comment about “rich white men” running the church.

The Montgomery Adviser added that four fires were set in the church, but fire-resistant carpeting saved the structure. The ATF is investigating the matter. Ms. Yan reportedly used gasoline in this attack. The Associated Press reported that Yan overstayed her visa and that she was illegally here.

AP added, "originally held on $30,000 bail, Yan has ''strong ties of an overseas country,' and additional bond was needed to guarantee her appearance in court, prosecutors said."