New Study Reveals What We Already Knew About Transgender Athletes 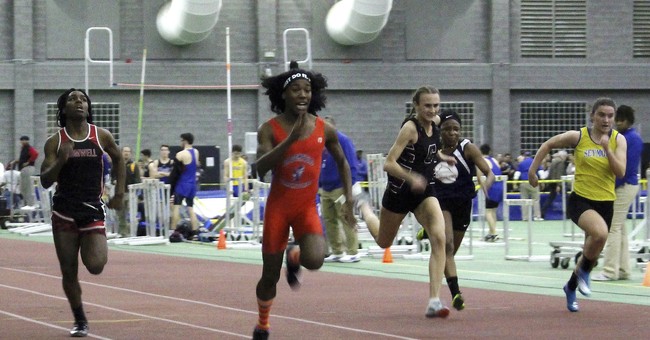 I mean, are we shocked by this study? That transgender athletes have an inherent advantage in competitive sports because they’re on testosterone. It’s not just female athletes who have made this point. Pretty much anyone who isn’t a lizard person has made this known. We didn’t need a study but in case there are still doubters—here you go (via Daily Mail):

Transgender athletes have an unfair advantage in female sports and a new 'universal' category should be introduced for them, a major review has suggested.

The report, from the Sports Councils Equality Group, concluded that trans women have an advantage in some sports, even when testosterone levels have been reduced.

To protect female sport while also ensuring transgender participation, the report suggested that new 'universal' or 'open' categories are introduced for trans athletes.

Currently, under International Olympic Committee guidelines, transgender athletes can compete in elite sport as a woman, provided their testosterone levels are below 10 nanomoles per litre for at least 12 months before their first competition.

However, the new review from the Sports Councils Equality Group, which includes UK Sport, Sport England, Sport Wales, Sport Scotland and Sport Northern Ireland, ruled that testosterone suppression does not take away the physical advantages of trans women in female sport.

Because of this, it said that it isn't possible to guarantee safety and competitive fairness in some sports.

So, it would seem the woke mob should get off the people who have said they don’t think trans female athletes should compete in these events due to it not being fair. We have regulations that bar blood doping and steroids. This seems like it fits into the same discussion. It’s sad that the world of sports is willing to nuke the entire structure to accommodate a super minority of people. Sorry, in this case, the super, super majority of athletes aren’t trans—and we shouldn’t rebuild an entire industry because some progressives find it problematic. It’s not fair. We’re going to nuke the fridge only to rebuild it with inherent advantages for the very few who have decided to transition. It’s stupid. The science says trans female athletes have an unfair advantage.

Make a separate Olympics if you want. There’s the Paralympics. Make one for transgender athletes. If that still is unacceptable to some folks, too bad.