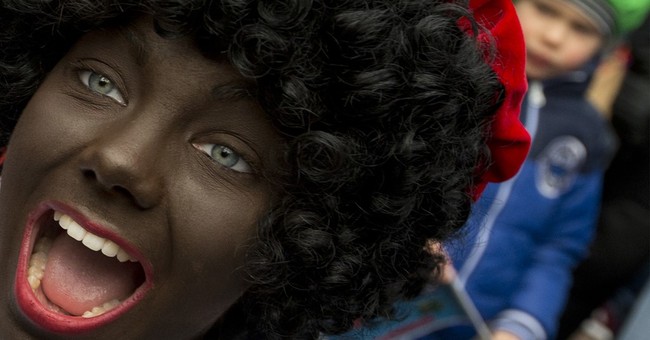 I'm against a COVID vaccine mandate. I think what Biden did was probably one of the most authoritarian edicts issued in recent memory. Private businesses with more than 100 employees must vaccinate all their workers. OSHA, who can't do its job enforcing workplace safety standards right now, now has the added duty of being infectious diseases police. We have a medical Stasi. President Brain Worm says he welcomes GOP lawsuits.

Now, at the local level, there were vaccine mandates for schools and other places. It's also shocking to see the media's narrative on this collapse within hours. Remember, they want to convince us that MAGA-supporting whites are the reason we're stuck in pandemic mode. Well, it turns out a lot of Democratic Party-supporting voter blocs, like black voters are not getting the shot. There have been huge protests in New York City over the vaccine mandates. Teachers' unions are not all onboard either. Are these people voracious readers of conservative media? No.

And now we have a school staffer in Newberg, Oregon, coming to work in blackface, claiming to be "Rosa Parks" in protest of this ordinance. Look, there are many ways to oppose these mandates—this is not the right way (via Newberg Graphic):

Just want to emphasize that the vaccine mandate applies to all school district staff, not just teachers. And staff can seek exemptions but those are granted in very rare circumstances (medical, religious).

The district also notes this person as a “staff member.” Not a teacher.

A staff member at Mabel Rush Elementary School in Newberg showed up to work in Blackface on Friday, calling herself Rosa Parks and doing so in protest of a vaccine mandate for all school district staff.

A fellow staff member at the school who provided initial information on the incident said Lauren Pefferle — a special education assistant who the school district said it would not name due to it being a personnel matter — darkened her face with iodine.

The concerned staff member, who requested anonymity for this story, said Pefferle explained her reasoning: that she intended to look like Rosa Parks and have her actions serve as a protest of a vaccine mandate. Pefferle was soon removed from school grounds and placed on administrative leave, according to a district statement.

"Last Friday, one of our employees reported for work in Blackface," district's statement said. "The employee was removed from the location and (human resources) has placed the employee on administrative leave. The administration of Newberg Public Schools condemns all expressions of racism.

"It is important to remember how Blackface has been used to misrepresent Black communities and do harm. We acknowledge the violence this represents and the trauma it evokes regardless of intention.

This is just embarrassing. What is it with Left Coast whites being so racist? They called black cops the n-word during the summer riots of 2020. And now, doing blackface to protest vaccine mandates? This isn’t the way, but I won't stop white liberals and their moronic antics.