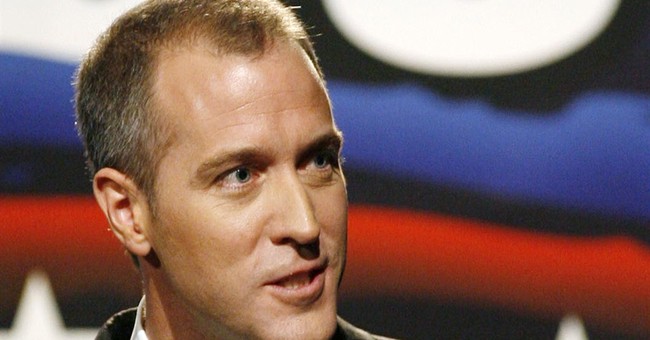 Rep. Sean Patrick Maloney (D-NY) is helming the Democratic Congressional Campaign Committee’s efforts for the 2022 midterms. He’s already zeroing in on an issue that could imperil his party’s very slim majority in the House: the $3.5 trillion human infrastructure bill. It’s a left-wing goodie bag. You all know this. Luckily, we have some bipartisan opposition to it. Sens. Joe Manchin (D-WV) and Kyrsten Sinema (D-AZ) have already said they’re not going to vote in support of the original bill. It’ll be whittled down some. We’re months away from Election Day 2022 and Democrats have plenty of time to pass something from this blueprint. Whether the far-left bloc of congressional Democrats will go along with a new version is an entirely different matter, but Maloney wants his members to stop talking about the bill. He knows the price tag is outrageous and it’s filled with items that aren’t popular. He admitted that Democrats need to be more discreet about the bill which is a tell-tale sign that it’s trash. It’s Democrats know suburban voters aren’t going to go for this, especially with the economy tanking and inflation spiking (via Washington Times):

The chairman of the House Democrats’ campaign arm on Friday said the party’s lawmakers need to learn to be more discreet about the $3.5 trillion price tag of President Biden‘s social welfare bill.

Rep. Sean Patrick Maloney, New York Democrat and chair of the Democratic Congressional Campaign Committee, said Democrats should instead focus on the substance of the legislation.

“I think it’s a very good chance. We are moving this forward methodically. We’re going to get it done in the next few weeks,” he said on MSNBC’s “Morning Joe.”

“And a little coaching, I think it would be wonderful, if instead of talking about whether it’s 2.5 (trillion) or 3.5 or 2.7 or 3.1, we actually talk about what’s in it. We actually talked about the substance.”

I’m not going to stop Democrats from walking into a meatgrinder, but who thinks this is smart communications. This is a spending bill. Voters know this. they also know the “substance” of the bill will cost money, so questions about how much this will cost inevitably come up. You must give the $3.5 trillion figure and then deal with the fallout of Democrats trying to hide the costs in an atrociously hilarious manner. It only adds to Democratic incompetence when it comes to governing. Voters won’t care about the price tag if the items are popular. That’s a big bet—and one that’s not paying off for the Left. Job creation has slowed immensely, inflation is rising, we have multiple crises abroad, and the border is a mess. Meanwhile, Biden is at the beach.