Uh, Did We Just Send a Ransom Payment to the Taliban? 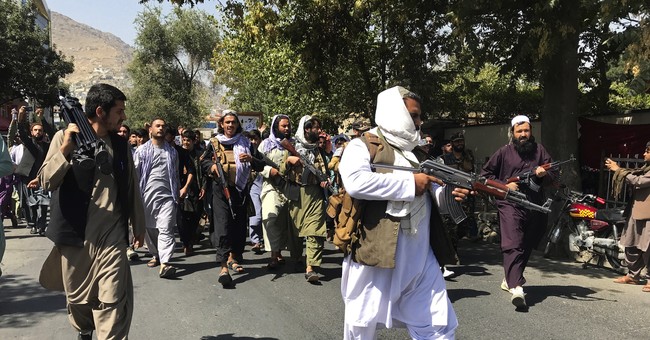 Americans are still trapped in Afghanistan. Joe Biden left them there. He had to go. On August 31, we had to be out because…the Taliban said so. President Dementia and his clown car of diplomats opted not to make the terrorists made and cave to this demand. We all know not every American was going to get out by August 31. Everyone knew days before the end of August. Even Rep. Adam Schiff (D-CA), a Russian collusion hoax peddler and noted liar, even admitted that this deadline was simply not going to work with regards to the evacuation.

Almost every talking point that the Biden administration peddled about the evacuation effort was wrong. The process was chaotic. You all saw the reports. And there was no clear access to the airport in Kabul. The Taliban were entrusted to be the TSA. They seized US passports. They blocked Americans from leaving and beat them. The security situation was abysmal, prime for a terrorist attack that tragically did occur, leaving 13 US service members dead. Biden promised to remain until every American was out. That was a lie. Now, with the Taliban in charge, we’re sending a $60+ million aid package—with Americans trapped in the country. Is this a ransom? It seems that it could be. Our friends at Twitchy noted this first.

64 mill in aid money to the Taliban as they hold Americans against their will is called a ransom…… https://t.co/0NNuQ7DuxZ

Secretary of State Antony Blinken said Monday a new pledge of $64 million in U.S. assistance to Afghanistan would circumvent the Taliban and go directly to nongovernment organizations and U.N. agencies providing relief to impoverished Afghans. https://t.co/gGDhJUTMsp

Secretary Blinken says US taxpayer money for Afghanistan won't be sent to Taliban, but to NGOs, nonprofits, etc.

How much is this per hostage? https://t.co/chQtXlzHYm

It wouldn’t be the first time either. When Biden was VP, the Obama administration sent a ransom payment to free four Americans detained in Iran in 2016. The apple doesn’t fall too far from the tree. It’s a retread of the Obama years, but worse under Biden.