Wait – That's What Has Upset the Biden Administration in Afghanistan? Is This a Joke? 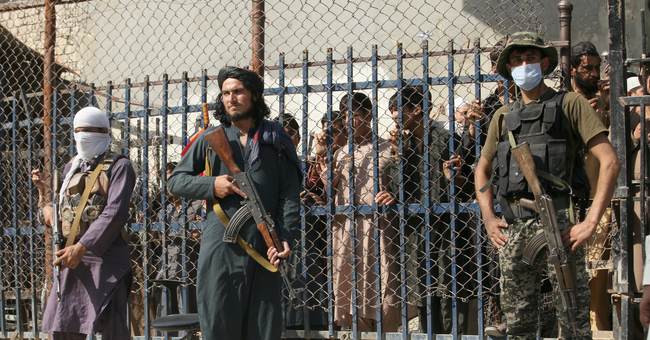 I mean, is this a joke? How are Democrats this dense? Why are they so bad at the foreign policy game? Did anyone really think the Taliban were going to form an inclusive government? Their religion does not allow it. Their core philosophy does not allow it.

These are radical Islamists. There was never going to be an inclusive government. It’s back to 1996. And no one cares if the world is watching. The Taliban sure don’t. They endured this before and survived. Afghanistan is already isolated. They don’t care, especially when they know they have near assurance that Biden nor any western nation will re-invade the country. They can do what they want. The naivete of the Biden State Department is beyond appalling. It’s almost tragicomic (via The Hill):

How is this a real headline https://t.co/w6rekmrkZe

The State Department on Tuesday expressed concerns over the makeup of the new interim Afghan government announced by the Taliban, including the lack of female leaders and the past actions of some of those appointed to top posts.

A State Department spokesperson said in a statement shared with The Hill that although the Taliban “has presented this as a caretaker cabinet,” the U.S. “will judge the Taliban by its actions, not words.”

“We have made clear our expectation that the Afghan people deserve an inclusive government,” the spokesperson added.

The State Department spokesperson added Tuesday that the Biden administration will “continue to hold the Taliban to their commitments to allow safe passage for foreign nationals and Afghans with travel documents, including permitting flights currently ready to fly out of Afghanistan to agreed-upon onward destinations.”

We also expect them to conduct counterterror operations as well. This is just insane; trusting terrorists to wipe out…terrorists. It’s not going to happen. In fact, back in March, Vice News interviewed top Taliban commanders about democracy and the role of women. The reaction is all you need to know—and why the Biden White House looks incredibly stupid right now over these so-called commitments they’re holding against the Taliban. They have no leverage.