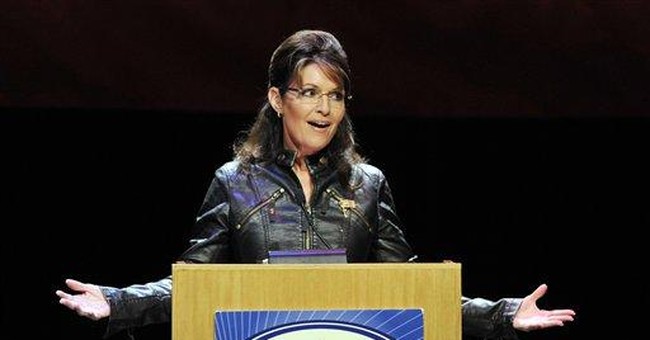 ‘Mama grizzlies’ … assemble? Former Alaska Gov. Sarah Palin might be considering a challenge to Sen. Lisa Murkowski who is vulnerable over her inability to stick with the program concerning advancing the conservative agenda. A vote for impeachment during the Trump presidency is unforgivable. It is collusion with Democrats in their former bid to boot a duly elected president because they didn’t like the 2016 results. It wasn’t about principle. That’s the bait Democrats laid for these gullible Republicans without spines. Mitt Romney and Susan Collins join her in this RINO crew. While Murkowski is vulnerable, she’s raised more money than any of her declared challengers, specifically Kelly Tshibaka.

Money isn’t everything, but Murkowski is a gifted campaigner who was able to mount a successful write-in bid in 2010 after losing the GOP primary to Joe Miller. Murkowski has also said that the persistent Trump presence within the GOP might force her to leave the party. We’ll see if that happens. Alaska’s ranked voting system does offer her a buffer, however. Will Palin shred that security blanket? The former 2008 vice presidential candidate says she has to pray on it (via The Hill):

Speaking last month at a leadership conference co-sponsored by Harvest International Ministry and the Latino Coalition for Israel, Palin expressed some reservations about a potential Senate run, saying that “it would be a sacrifice.”

“I do need prayer about whether I should or not,” she said, later adding: “If God wants me to do it, I will.”

It’s not the first time a potential Senate run by Palin has been brought up. The former Alaska governor teased the prospect of a primary challenge to Murkowski in 2018 after the Alaska senator became the only Republican to vote against moving the Supreme Court nomination of Brett Kavanaugh forward.

While Palin has said little about a Senate bid since then, Murkowski now appears more vulnerable to a primary challenge, given her vote in February to convict former President Trump in his second impeachment trial.

The publication added that while Tshibaka’s entry into the race proper gave her some hesitation as there’s already a female Republican running, she did not limit her options. Palin shouldn’t have too much trouble getting a campaign infrastructure going. Then again, it’s been a millennium in political time regarding when she was top political news. Did she stay out too long? I don’t know, but I wouldn’t be against her tossing her hat in the 2022 ring for Alaska Senate. If you want Lisa gone, maybe things need to be shaken up a bit.