If Anyone Thinks This Is Suitable Replacement for Steak, They Deserve to Starve 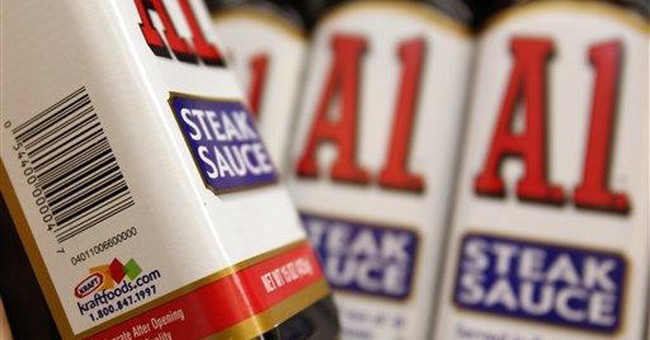 This isn’t exactly a new issue for the climate-conscious, but now they have recipes. I’m sure you all know that if you eat red meat, you’re a terrible human being. The war on beef is real. It may not be official Biden policy, but more than a few members of the Democratic Party base would ban beef or at the very least severely limit it. This is another rendition of first-world problems as a slew of nations’ populace simply don’t have the luxury to go vegetarian or vegan. They’d starve and that’s the point. Environmentalists' dirty secret is that they want untold millions to die in the name of sustainability, so excuse me if I think this meat alternative recipe is trash and anyone who supports it should be burned at the stake. If you haven’t heard, “bread steak” has been offered as an option, and these people think that even us “carnivores” might like it (via Bon Appetit):

It’s fatty. It’s salty. And if you do it right, it’s downright meaty. https://t.co/rhUsE3N4vb

When I stopped eating steak, it was for environmental reasons and nothing else. So while that decision curbed my dinner’s emissions, it did nothing to curb my cravings. Sometimes, I wanted a slab of something absolutely lavish in the center of my plate—and for whatever reason, a cauliflower steak just wasn’t going to cut it.

Instead, my carnivore’s palate led me to the Bread Steak. A custard-soaked, Parmesan-crusted chunk of sourdough—essentially savory French toast—that really is decadent in the vein of a rib eye. It’s fatty. It’s salty. And if you do it right, it’s downright meaty.

I cook my Bread Steak like I used to cook “real” steak: I pan-roast it, getting it golden on the stovetop before sprinkling on some parm and a little sugar (for caramelization’s sake) and sticking it under the broiler to crisp up. When the bread is ready, it’s browned and crusty on the outside and, just like a perfectly cooked piece of beef, reveals a tender center when cut open.

It's not “steak.” I don’t care how you frame it. It’s not steak. Just like how white people can’t get surgery and declare themselves Korean, you can’t say that bread is meat. The only people who will eat this are the usual urban-based professionals who can afford to screw around with their diets in the name of global warming. Not many can do this, but the sick part is that these people want all of us to kowtow to these initiatives because that’s what happens when you live in a bubble. Eating meat caused global warming. Having kids causes global warming.

These people are fun suckers who are just crafting ways to kill us all. In other words, they’re bored and need to shut the hell up about how other people live their lives. Eat more meat, folks. It’s Independence Day weekend. The pandemic is over. It’s summer. Grill season is here. Piss off a liberal and fire them up.