Hunter Biden's Laptop Keeps Doling Out More News About Joe's Sleazeball Operations, But No One Cares 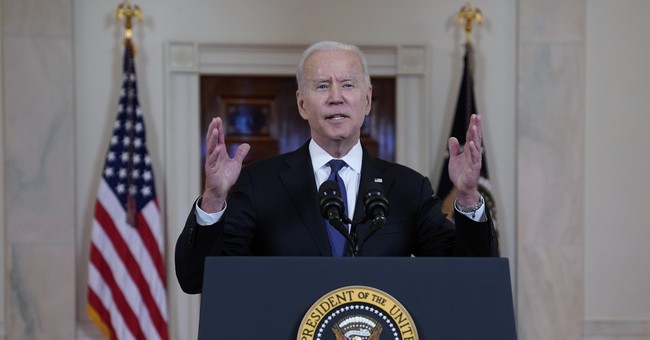 They can get away with anything. Joe Biden knows it. Andrew Cuomo knows it as well. The latter killed thousands with his reckless nursing home order during COVID and cooked the books on the true death toll. He was then subjected to numerous women alleging sexual misconduct. There was a big show, and the end result is Cuomo remaining as governor with high approval ratings.

For Joe Biden, his son, Hunter, left his laptop at a repair shop in Delaware, where the owner made copies of the hard drive and gave one to the FBI and the other to Rudy Giuliani’s lawyer. The New York Post reported on the shady dealings, one of which was corroborated by Tony Bobulinski, a former Biden associate, who also turned over all documents and devices that involved a failed deal with CEFC China Energy. This deal was hashed out while Joe was still vice president. Oh, and it blew up the lie that Joe knew nothing about what Hunter was doing. He knew from the get-go. He was invited to meet and greets when Hunter was on the board of Burisma. He also participated in dinner meetings arranged by Hunter with disreputable business leaders from central Asia. This is Joe’s nest egg, which he has smartly distributed to his other family members. They hold on to his share until he leaves public life presumably. The NY Post editorial board has done well to go after this real story of corruption. This was the 2020 October surprise that was suffocated with a pillow, a sign of how powerful the liberal media establishment is at protecting their own (via NY Post):

Hunter Biden’s laptop continues to yield damning information that shows his dad, President Joe Biden, played a significant and knowing role in his son’s sleazy influence-peddling. And while the media efforts to pretend these revelations are nothing but “Russian disinformation” have ceased, The Post’s scoops still get ignored by outlets that would be all over them if they were about the Trump family.

The latest, of course, is the photographic evidence that then-Veep Joe attended an April 16, 2015, dinner with shady Ukrainian, Russian and Kazakh “businessmen” and even posed for photos with the unseemly guests.

To put some face-saving cover on the event in the private “Garden Room” at Café Milano, a posh Georgetown eatery (“Where the world’s most powerful people go,” run its promos), Hunter billed it as “ostensibly to discuss food security,” as he emailed one guest, and invited several officials from the World Food Program.

But the beards were outnumbered by the likes of corrupt former Moscow mayor Yury Luzhkov (hubby of Russian billionaire Yelena Baturina, who’d paid one of Hunter’s firms $3.5 million the year before), Kazakh oligarch Kenes Rakishev, Karim Massimov, a former prime minister of Kazakhstan, and Vadym Pozharskyi, an executive of the Ukrainian energy company Burisma.

Burisma was then paying Hunter (who had zero energy expertise) $83,333 a month to sit on its board. Another email from the laptop reveals that Burisma cut Hunter’s pay in half in March 2017 — right after Joe became a private citizen, another clear sign of what actually qualified the Biden scion for such vast payouts.

Face time with a vice president, and the ability to brag about what you talked about over dinner, is worth a lot to global sleazoids. So are smiling photos that imply a relationship and pull at the highest reaches of US government.

The response has been predictable, but also odd from the Biden family. They vow they did nothing wrong, but also said they weren’t going to do it again. Whatever that means. The liberal media pulled the same protocol they executed against those who brought up the Wuhan lab leak: smear them. Countless MSNBC clowns said the laptop was a Russian misinformation campaign. Russia collusion Part VII had begun, and it died when it became clear this device belonged to Biden’s crack cocaine-addled son.

The dead body is displayed for all to see. Biden’s fingerprints and DNA are all over the weapon—and the media doesn’t care. The media is the enemy of the people. It’s de facto state media. It’s been this way for quite some time, but now here’s another explicit example. There will be more sadly.