Here's the Ammunition That May Not Be Readily Available for Years 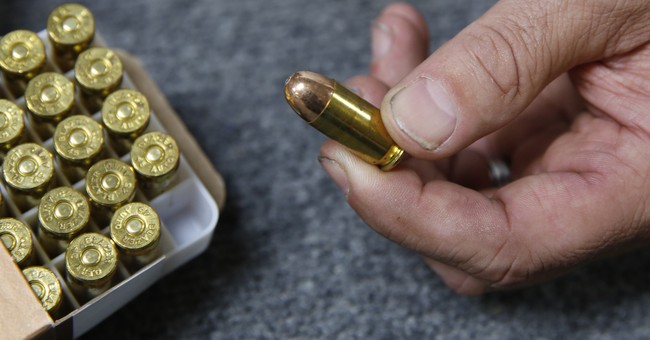 For some parts of the United States, there was panic over gasoline recently. The Colonial Pipeline was shut down by hackers. The 5,500-mile network supplies 45 percent of the fuel to the eastern United States. Luckily, operations were restored within a few days, but there were gas lines and gas stations had closed since they had no gas to sell. The panic was spreading, but only for a short while. If you like to shoot, I’m sure you’ve seen the drought in ammunition. Unlike gas, there is no pipeline of readily available ammunition that can be delivered everywhere. It’s all up to manufacturers, demand, and other market forces that have impacted the flow of bullets. Stores are depleted. Gun ranges near me are fresh out of ammunition. The only people who can shoot are those who already had stocked up prior to and around the pandemic. And it’s going to take years for some calibers to be readily available again.

Stephen Gutowski of The Reload spoke to a few ammunition makers about this issue. On one hand, it’s great that so many Americans decided to exercise their right to own firearms during the pandemic. The bad thing is that it’s stressed the market to no end. Gutowski was clear in why this is the case.  For starters, there are nine million new gun owners, the demand is through the roof, and the price of materials has also hit levels not seen since…ever for some of these ammunition manufacturers. One told Gutowski he’s never seen the price of copper soar as high as it has in his 51-year career. And yes, Joe Biden also impacted the market (via The Reload):

Ammo supply is unlikely to return to normal anytime soon. I spoke with Winchester and Hornady, 2 leader ammo manufacturers, and they both have backlogs that stretch out over 2 years. https://t.co/ikKW1DjRQI

“Our whole industry was up 30 percent-ish," Hornady said. "In the short term, you do what you can to maximize hours and maximize what you can. We got that 30 percent, and now the market is asking me for another, not just 30 percent, it’s asking for 80 percent.”

“On certain products, we are certainly seeing backlogs that stretch out two years and beyond,” Brett Flaugher, president of Winchester Ammunition, told The Reload. “For those who shoot 9mm and 5.56 ammunition, which are both in high demand, it’s very uncertain how long it will be before people will consistently have ammunition readily available.”

The shortage has become bad enough that many gun owners have simply stopped shooting for months on end. Some ranges have even run out of ammo to sell not just to customers who want to take it home but also those who want to use it on the range.

“People have been saying for a long time they haven’t shot guns because there’s no ammo to shoot,” Brandon Wexler, owner of Wex Gunworks in Delray Beach, Florida, told The Reload. “And they don’t want to shoot what they have right now.”

Retailers like Wexler said they still have trouble stocking their shelves. Lucky Gunner, one of the largest online ammunition dealers in the country, said it faces wait times to get ammo unlike anything it has experienced before.

Flaugher said the industry is simply struggling to keep up. He said three main factors have driven sales and continue to drive them beyond the industry’s ability to expand supply. The first was pandemic-induced safety concerns that drove millions of Americans to purchase guns for the first time. The second was the increased participation in recreational shooting and hunting during the lockdowns. The third was concern over new gun-control legislation after President Joe Biden won the 2020 election and Democrats who favor new restrictions took control of the Senate.

“We have certainly experienced unprecedented demand for all categories of ammunition over the past year—rimfire, centerfire rifle and pistol, as well as our shotshell products,” Flaugher said. “Over the past year, we’ve seen more than 21 million firearms sold, with over 9 million to first-time gun buyers. This is an incredible number. Overall, more than 52 million people in the U.S. participate in the shooting sports, which is actually 2.5 times higher than the number of people who golf.”

Hornady estimated demand jumped to a degree that most industries could not keep up with, let alone a centuries-old one built around physical manufacturing.

Hornady said the industry is already at max capacity, and increasing supply is difficult.

“I can promise you, even though they’re my competitors, every guy I know in the ammo business is trying to make as much as possible,” he said. “We don’t want to make 30 percent more. We want to make 50 or 100 percent more. And every one of us wishes right now we had an extra factory sitting around ready to go. But that’s not very practical.”

“This business is going to continue on the pace it is for the next 18 months to two and a half years,” he said. “That’s how long it’s gonna be before you walk in and find a box of .223, and come back tomorrow and buy a box of .223 or 9mm, or you pick the caliber.”

So, yes, If you’re a new gun owner, that’s great. The problem is you’re going to have to sell a kidney for a box of ammunition.