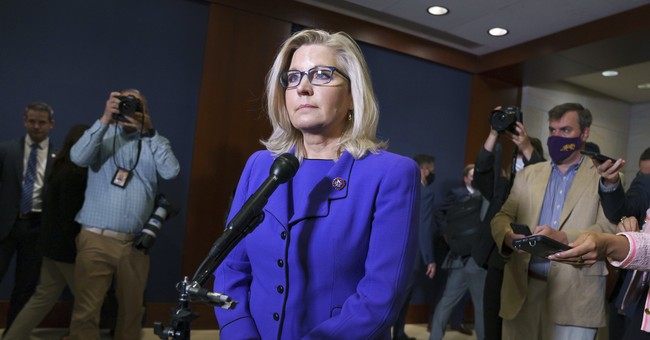 Well, she did it again. Liz Cheney again showed why she was booted from her position as Chair of the House Republican Conference in an interview with Fox News’ Bret Baier last night. The Fox News host asked the Wyoming Republican why she peddled total fake news about Russian bounties on American soldiers in Afghanistan. It’s a story that was anonymously sourced and thoroughly debunked, but she has no regrets about spreading a lie. Why? Well, because she was concerned about Trump and Russia. Seriously? The only people who believe that are Democrats. There was no Russian collusion. It’s one of the greatest myths the media ever manufactured and here we have one of the former faces of the GOP peddling its spin-off series.

Asked by @BretBaier about peddling the anonymously-sourced story about Russian bounties on U.S. soldiers in Afghanistan, Liz Cheney says she has no regrets b/c it squared with her concerns about Russia and Trump. When Bret pushes back, she says he needs to check his facts. pic.twitter.com/RMDaN6aLOu

Tonight, Cheney attempted to downplay how key she was to spreading the false Afghanistan bounty info op. But the way she worked so hard to push the lie into the media bothered fellow members and intel officials last year. More here. https://t.co/ZLr64ggu4n https://t.co/pnVk755pVK

Look, we have other issues to deal with here. Israeli ground troops invaded Gaza yesterday. Inflation is rising. The vaccinated can take off their masks and we’re waiting to see if Colonial Pipeline’s operations will be fully restored without any hiccups. The 5,500-mile pipeline was shut down last weekend by hackers who demanded a $4 million ransom. The company paid it as gas lines and fuel shortages were being reported all over the eastern United States. The pipeline supplies 45 percent of the fuel to this region. It was a big deal and panic buying spread faster than a brushfire.

A look back on how cable news went all in on the discredited Russian bounties story. pic.twitter.com/QaG9xAqiuR

To recap, Liz Cheney peddled a lie about Russian bounties on our troops to hurt Trump and doesn’t care about it. This wasn’t her job, by the way. It was simple: raise money and get your people elected. She couldn’t do that. And she doesn’t need to comment on everything. Now, she’s going to lead a skeleton crew of anti-Trump Republicans, who are pretty much already Democrats, to fight Trumpism behind the scenes. Well, good luck. The next chapter of this story is her losing a primary challenge, God-willing.