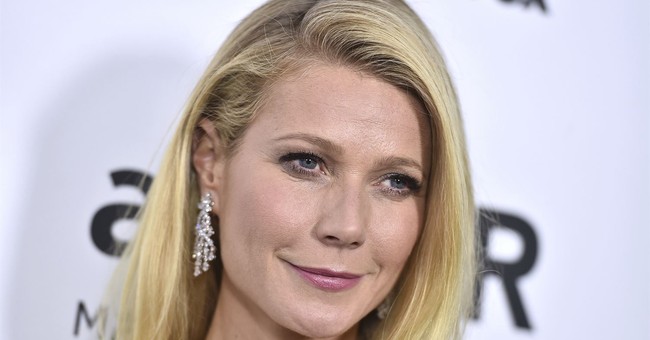 We’ve all dealt with COVID differently. Some have been lucky, others not so much. Millions have dealt with a variety of hardships, from deaths in the family to lost jobs to marriages crumbling and other matters that have placed immense stress on America’s socioeconomic fabric. Yet, Gwyneth Paltrow wants you to know that she also felt the pain, and her low point came when she ate bread. Oh yeah, she’s just like the rest of us. This is cringeworthy. If it’s a joke, it’s awful. Hordes more people have had it much worse (via Fox News):

The Guardian published a sarcastic piece about how hard of a time actress Gwyneth Paltrow supposedly had it during the COVID-19 quarantine on Monday, inviting social media users to do the same.

"In the latest celebrity attempt to prove they had it just as hard as normal people in the pandemic, Gwyneth Paltrow has admitted she was driven to extremes during quarantine," The Guardian's Poppy Noor writes. "Things got dark. She admitted to drinking as many as two cocktails a night during lockdown (quinoa-based whiskey cocktails, of course); and even sometimes eating bread and pasta – shock, horror!"

The Oscar winner recently told The Mirror that she was "drinking seven nights a week and making pasta and eating bread" at one point during the lockdown.

The Guardian asked social media followers to provide snapshots of their own lowest points during the pandemic to perhaps make a point that Paltrow's hardship wasn't all that dire.

By the way, this tweet was meant to be funny. No need for sympathy. I ended up with a better job. Like my dude Andy Dufresne I crawled through a river of shit and came out clean on the other side.

When it killed my dad. https://t.co/jHTJ91inUY

She had to eat bread and drink — that’s Paltrow’s low point? No wonder why no one watches the Oscars or any awards shows that feature these coddled elites. It’s almost too easy to point out how detached they are from normal people. At any rate, it’s par for the course regarding the antics of the Hollywood Left.

"She had to eat bread." Unbelievable.