NYT Columnist's Op-Ed About Liz Cheney Shows How the Left Really Feels About Her...And It's Not Shocking 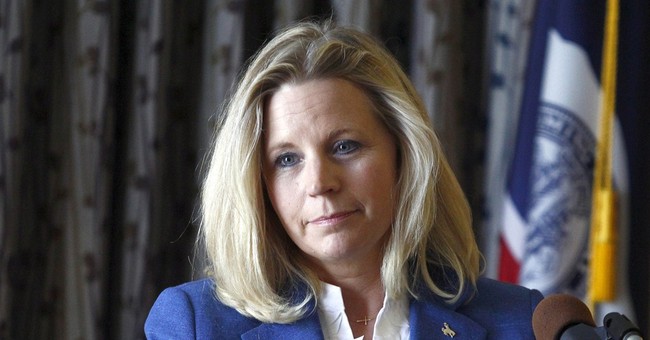 Now, it’s not the most historically accurate movie about the life of Scottish freedom fighter William Wallace, but Braveheart does have a key scene that explains the pickle Liz Cheney finds herself in right now. It’s the scene where Robert the Bruce gives some sage advice to Wallace about forming alliances and keeping them: if you make enemies on both sides of the river, you end up dead. Wallace was fighting the English on one front and the bitter intra-Scottish clan squabbles on another.

Rep. Liz Cheney (R-WY) is floundering. She’s part of the Republican leadership in the House. That could end next week. The heavy hitters want her gone and are openly backing her challenger. Rep. Elise Stefanik (R-NY) could be the next chair of the House GOP Conference. And she just picked up the endorsement of Steve Scalise. Cheney had been an unabashed anti-Trump Republican at a time when Trump is the party. The base loves Trump. The base wants the former president (kills me to write that) to play a huge role in shaping the party’s future. Liz disagrees and has said so. That’s fine—but you cannot be part of the leadership, which forms one of the many faces of the party. You cannot be in that position and spit in the faces of the voters. She’s a distraction. As the NFL draft has ended, let’s make a sports comparison. She’s a cancer in the locker room. So, in her last breath, Liz decides to run to The Washington Post to make her point. Why? Who knows, but she must know that the Left hates her, despite what Pelosi, Biden, and others are saying about her. Charles Blow of The New York Times was there with a flamethrower to remind the Cheney crew that he’s a liberal with a memory, and Liz is ‘no hero’ (via NYT):

No amnesia for me, thank you.

With respect to Dick Cheney, I ask you to recall just one thing: the torture program under the Bush administration. He’s said that if he had it to do over, he would torture again.

The torture gene must run in the family, for Liz Cheney praised the Trump administration’s review of the treatment of terrorism suspects. As HuffPost reported:

“Cheney also asserted that waterboarding works, and that it helped in securing crucial information leading to the capture of Al Qaeda leader Osama bin Laden (a debunked theory). ‘It’s been clear, certainly since we stopped the enhanced interrogation program, we’re not even in a position anymore, frankly, where we’re very often capturing people,’ Cheney said. ‘We have nothing to do with people when we do capture them.’”

Furthermore, in 2009, she refused to denounce birthers on CNN, saying instead of Barack Obama, “People are fundamentally uncomfortable, and they’re fundamentally increasingly uncomfortable with an American president who seems to be afraid to defend America.” She later had to clarify that she, personally, didn’t question Obama’s right to be president.

In 2010, an ad by Liz Cheney’s “Keep America Safe” group attacked Eric Holder’s Justice Department. It featured an Investor’s Business Daily headline that read, “DOJ: Department of Jihad?” and referred to some of the lawyers the department had hired as the “Al Qaeda 7.”

Even Republican lawyers, including Ken Starr, condemned the ad, writing in a letter:

“To suggest that the Justice Department should not employ talented lawyers who have advocated on behalf of detainees maligns the patriotism of people who have taken honorable positions on contested questions and demands a uniformity of background and view in government service from which no administration would benefit.”

A few weeks before the 2016 election, when an old tape of Trump boasting about sexually assaulting women became public, Cheney said, according to The Associated Press, that while Trump’s comments were appalling, she was still supporting him and that, somehow, Hillary Clinton’s handling of her emails was worse than the Trump admission.

Yes, it is better that Liz Cheney stands up for the truth about Trump and the election than to oppose it, which puts her at odds with a political party in which truth is the enemy.

But her present position does not expunge her past positions.

Now, this is not to give Blow a pat on the back, but it shows what the liberal political circle in the swamp and the larger media establishment really think about Liz. There isn’t any situation where the Cheneys will be forgiven for anything or looked kindly upon even if Liz decides to declare war on Trump and the Republican base.

It’s a ‘she’s a good gal, but if she gets wrecked, don’t expect a life jacket’ approach here. Democrats want this drama. An opposition in chaos only buys more time to get their stuff passed and further delay their 2022 strategy as they need to put out fires set by Liz. Yet, we still have a lot of time before the midterms, which is why the GOP is moving quickly to remove this cancer from their ranks as fast as possible. And it seems even Liz knows she’s cooked, letting everything burn around her. She’s not making phone calls to gauge support or cobble together a voting bloc to prevent her ouster.