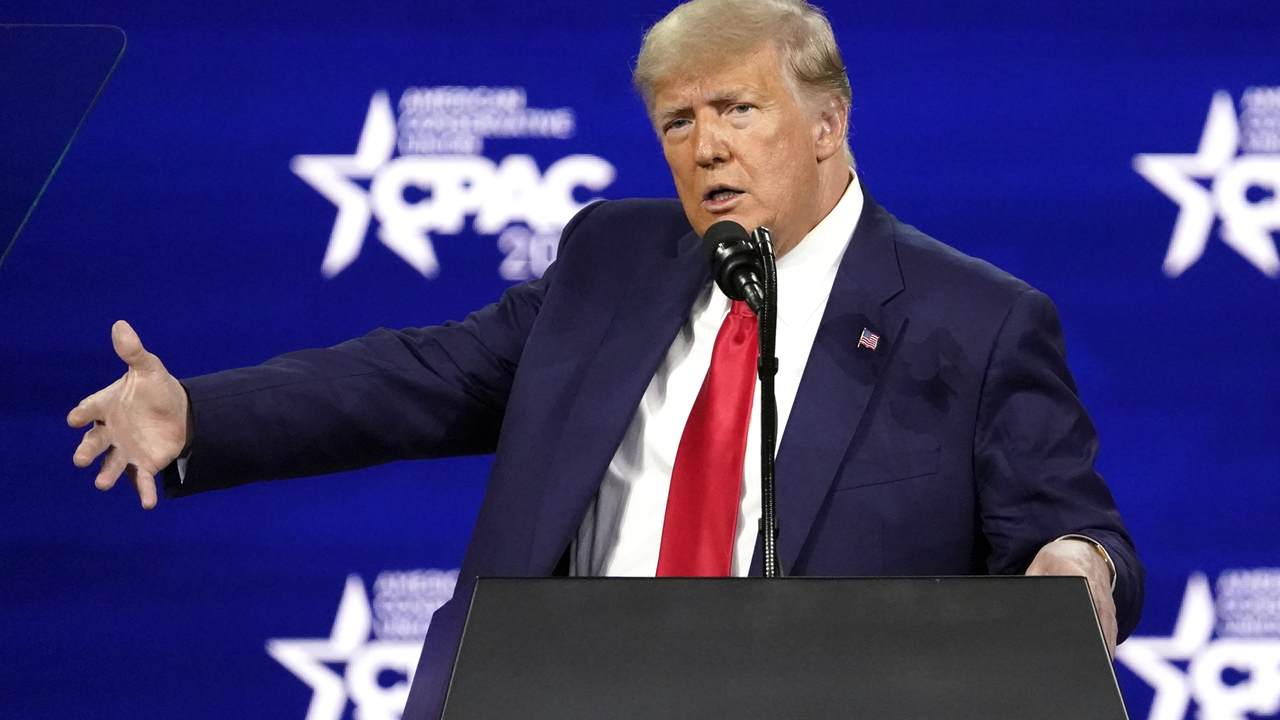 Let’s pull a Jen Psaki and circle back to The Washington Post for a second. I know a lot has happened. We’ve had a tragic mass shooting in Boulder, Colorado, that the Left tried to exploit for political points. They got hit in the face with a shovel because they tried to get the "it’s the white guy" narrative going, only for the shooter to be a Syrian refugee. Joe Biden’s first presser was not good at all, where his applesauce mind was on full display. His foreign policy team got rolled by China. We have a border crisis. Biden won’t let the media visit the detention centers packed with illegals. A lot has happened, but the liberal media was caught making stuff up regarding Donald Trump’s call with Georgia’s secretary of state. The “find the fraud” quote was not quite accurate. So, how did they get away with it? It’s an answer many, many years in the making, but one not shocking when you see the serial malfeasance.

There are countless examples to explain how The Washington Post was able to create such a fantastic lie, the least being the media’s overall hatred toward the president and the outlet’s loyalty toward the Democratic Party. First, let’s rehash this classic bit of fake news. Katie wrote about it earlier this month:

This kind of mistake is beyond serious. There's zero accountability in major corporate media anymore, yet they continually insist they're the ones holding the line on the truth. And always remember what should scare you about the media is what *doesn't get exposed." pic.twitter.com/ceBaApCZQ8

Correction: Two months after publication of this story, the Georgia secretary of state released an audio recording of President Donald Trump’s December phone call with the state’s top elections investigator. The recording revealed that The Post misquoted Trump’s comments on the call, based on information provided by a source. Trump did not tell the investigator to “find the fraud” or say she would be “a national hero” if she did so. Instead, Trump urged the investigator to scrutinize ballots in Fulton County, Ga., asserting she would find “dishonesty” there. He also told her that she had “the most important job in the country right now.” A story about the recording can be found here. The headline and text of this story have been corrected to remove quotes misattributed to Trump.

So, how did this come about? We let them. We are grossly disadvantaged institutionally. Liberals dominate our cultural centers, the press, and television. We may have tons of conservative media sites, yes. They’re great. The people who work there are tremendous patriots doing the Lord’s work in calling out these awful people, but we will never have the reach of the Big Three—ABC, NBC, or CBS—in a given day. That’s just television.

Then, there’s NPR, WaPo, The New York Times, etc. It’s a monster. We’re fighting the Hydra. Put it this way, if we’re a navy of scrappy PT boats, we’re trying to go to war with a liberal armada of cruisers, destroyers, battleships, and aircraft carriers. We score a hit every now and then, of course, but these guys can and do terrible things and get away with it.

Let’s go back to August 2009, then-MSNBC host Contessa Brewer had a segment about anti-Obamacare protests. One featured an individual with an AR-15 rifle. Cue the angry white man/AR-15 narrative we’ve all seen countless times. At the time, it sparked the usual liberal media commentary, but what wasn’t disclosed was that the person with the rifle was black in the edited footage. The individual showed up at a health care rally in Phoenix at the time, where Obama was giving a speech to Veterans of Foreign Wars (via Newsbusters):

MSNBC’s Contessa Brewer fretted over health care reform protesters legally carrying guns: "A man at a pro-health care reform rally...wore a semiautomatic assault rifle on his shoulder and a pistol on his hip....there are questions about whether this has racial overtones....white people showing up with guns." Brewer failed to mention the man she described was black.

Oh, it got worse. George Zimmerman is no saint, but NBC News decided to fan the racial overtones by intentionally editing his 9-1-1 call prior to shooting Trayvon Martin. This was done to cast him as a racist. Fake news that we’ve come to see peddled by the liberal media all too often was in its infancy here. How bad was this trip-up? Even The Daily Show torched the network for their deceptive editing.

And then, there’s Katie Couric’s anti-gun documentary, which was caught editing her meeting with members of the Virginia Citizen’s Defense League to make Second Amendment supporters look like morons.

Who watches the Watchmen? That’s the issue here because there is no accountability anymore. None. I bet if you go back further, you can find more examples of the seeds of fake news, but we’ll be here until Rapture.

The point is when you consider some of the liberal media’s worst moments, splicing up a call with Trump isn’t too far-fetched. These are bad people—all of them.