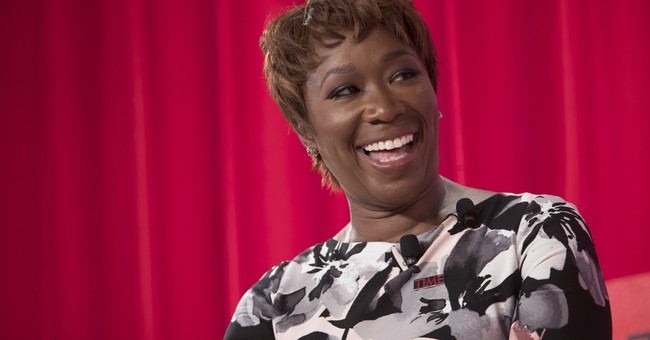 It’s not shocking that MSNBC, its host, or the liberal media peddles these sorts of attacks on nonwhite conservatives who don’t cower to the liberal narrative. In fact, conservatives who happen to be part of minority communities face the most abuse and ridicule from liberals. The only other group that faces more harassment and outright viciousness are women who don’t want any part of the Democratic Party’s plantation. So, when Joy Reid implied that Sen. Ted Cruz (R-TX) really isn’t Hispanic, we roll our eyes, but this isn’t shocking. In fact, it’s probably the tamest she’s been in a while—and that’s saying something. Reid made these remarks as the nation deals with the border crisis, which the MSNBC host says isn’t happening (via Newsbusters):

After her fact-free segment on “gun reform,” MSNBC’s Joy Reid pivoted on Tuesday’s ReidOut to immigration with a segment that could have easily been penned by the White House. In said block, Reid repeatedly said there isn’t a “crisis” at the southern border and said “caterwauling” from “the Grand Q Party” doesn’t care about the children there because they’re too busy perpetuating a “brown scare.”

And with help from the University of Texas at Austin’s Victoria DeFrancesco Soto, they compared concerns about the border to 20th century eugenicists and even implied they don’t view Senator Ted Cruz (R-TX) as a real Hispanic

After gently calling for more press access to migrant “facilities,” Reid gaslit viewers into further hating their right-leaning family members and neighbors as having hearts so cold that children lack value:

[F]or Republicans, their caterwauling is not about concern for those children. Let’s just be clear. Those children are just a prop for fear-mongering and doing the old brown scare as evidenced by what you heard from Lindsey Graham earlier.

What Pirro actually said was that cartels trafficking children to the U.S. was a form of “slavery” and would endow these children to them in a way that would render them “a lower level of human being who will be controlled from other countries.”

…[T]hey turned to whether the border is “a crisis” with DeFrancesco Soto stating that it’s a decade-long crisis and Reid going utterly ballistic and almost shouting about how “no, it’s not a crisis” because it was supposedly worse under President George W. Bush.

REID: [B]ut I just have to get your thoughts on Ted — Rafael Cruz, who himself is a person of color, participate in that? Your thoughts.

DEFRANCESCO SOTO: He is, Joy Ann, but he has never embraced that identity. In fact, I would — I would argue that he is pushed back against his Latino identity. And I think the trickier part is that, in framing his dad’s immigration to the United States from Cuba, he always is very clear to point out he was a political refugee, that he came here fighting communism. He didn't want to be in that communist bastion that was Cuba. He came to the U.S., so he uses a very different frame to separate himself from immigrants who are coming as a result of economic reasons or the plight that we're seeing in Central America. So, it's been always interesting to see how Ted Cruz has separated himself from his immigrant experience and when pushed, you know, puts the difference of his dad and other immigrants.

MSNBC really paid its due regarding keeping the Democratic National Committee happy and its audience comforted. The moral superiority the oozes from the Left and their media allies is beyond insufferable, so hates off to the crew at Newsbusters who have to endure this idiocy 24/7. It never ceases to amaze me how there is zero room for nuance with liberals. If you’re a nonwhite immigrant, then in the minds of liberals, especially white, college-educated ones, you must be for amnesty and a pathway to citizenship. If not, you’re not really part of your ethnic group. Really? I also believe in the rule of law, and breaking federal immigration law is, in my book, highly frowned upon. It’s also a national security issue. And now under Biden, it’s a full-blown humanitarian crisis. There’s a reason why he’s blocking media access to his detention centers. It’s because it’s atrocious inside. Kids are packed to the rafters. There’s COVID, disease, and a host of issues these liberal media types would have used gleefully against Trump. No, scratch that; they did. It’s classic interference. It’s not a real crisis because it was worse under Republicans, and Cruz isn’t a Hispanic because he refuses to be an unhinged woke moron who thinks his or her racial identity is THE most important part of who they are. Not the case.

Also, why is Reid still on the air? Besides accusing former Attorney General William Barr of being involved in Jeffrey Epstein’s death, which was some grade-A tin foil hat material, have we forgotten that she bashed the one group who you cannot insult ever as a progressive: the LGBT community. Old posts were rehashed. They’re very problematic. She said she was hacked, which was absolutely not possible unless she has a time machine. Also, no one believed her hacking claim and yet she’s still there hosting a show on television.