After Boulder, Will The Media Report on the Atlanta Man Arrested with Guns? Here's Why They Could Pass On It. 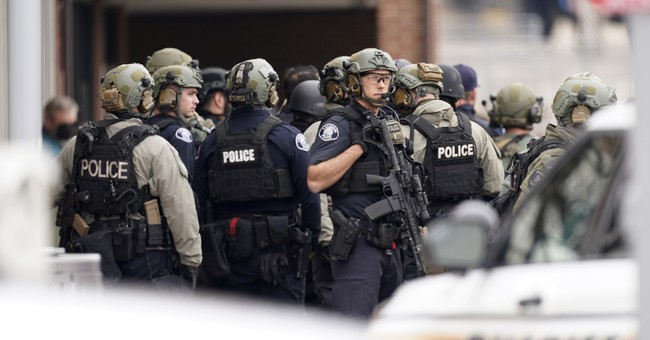 We’ve had a horrible mass shooting in Boulder, Colorado that left 10 people dead, including a police officer. It was not committed by a white guy, though that’s what all of liberal America thought for a hot second before police announced that 21-year-old Syrian refugee Ahmad Al Aliwi Al-Issa was in custody for the crime. You could probably hear the audible groans from liberal newsrooms. They can’t bash white guys. It rehashes the national security issue regarding letting Syrian refugees resettle here. There’s no clear-cut narrative to push unconstitutional gun grabs. So, with the country of edge, you might or might not have heard about the recent arrest in Atlanta. It was in the parking lot of a supermarket, and the person had a bunch of guns with him. The situation is similar to that of Boulder (via WaPo):

Charles Russell was shopping for an Instacart order inside a Publix supermarket in Atlanta on Wednesday afternoon when he saw a man with a rifle walking into a bathroom.

“I saw an AR-15,” Russell told WSB-TV, referring to a similar style of semiautomatic weapon that a gunman used to kill 10 in a Boulder, Colo., supermarket on Monday. “This kind of startled me just again with events that recently happened in the grocery store up in Colorado.”

Russell told a store manager about the gun, and an employee phoned police, who arrested Rico Marley, 22, after he exited the bathroom, the Atlanta Police Department said in a news release on Wednesday.

Officers found at least five firearms in Marley’s possession, including two long guns and three pistols, police said. They also found body armor, ammunition and a knife, according to a police photo of the weapons, WSB-TV reported.

While covered in print, there are a few reasons why the networks didn’t cover this story. The first being that today was Joe Biden’s first press conference. The second is that there doesn’t appear to be a crime. Georgia is an open-carry state. Given the Boulder shooting, open carrying your rifle in public probably isn’t the best idea. The police will be called. Third, and this goes to media bias, is that Mr. Marley is black. He doesn’t fit the narrative. Yes, black Americans can and do own guns, liberal America. In fact, it’s no secret that blacks, Hispanics, and women are behind the explosion in concealed carry permit applications. And we know the liberal media will do all that they can to keep a narrative alive. Backward reels the mind to August of 2009, when then-MSNBC host Contessa Brewer discussed the racial overtones as the nation prepared for debate Obamacare. One person showed up at a health care rally in Arizona carrying an AR-15 rifle. What these folks didn’t disclose was this individual was black (via Newsbusters):

MSNBC’s Contessa Brewer fretted over health care reform protesters legally carrying guns: "A man at a pro-health care reform rally...wore a semiautomatic assault rifle on his shoulder and a pistol on his hip....there are questions about whether this has racial overtones....white people showing up with guns."

Ratigan, Toure, Brewer—a blast from the liberal media past, huh?

If nothing illegal occurred and Mr. Marley checks out, he was undergoing a mental evaluation, I hope he’s released as soon as possible. You can own multiple firearms in America and yes—civilians can own body armor too.