It’s Time to Tell Fauci to Go to Hell 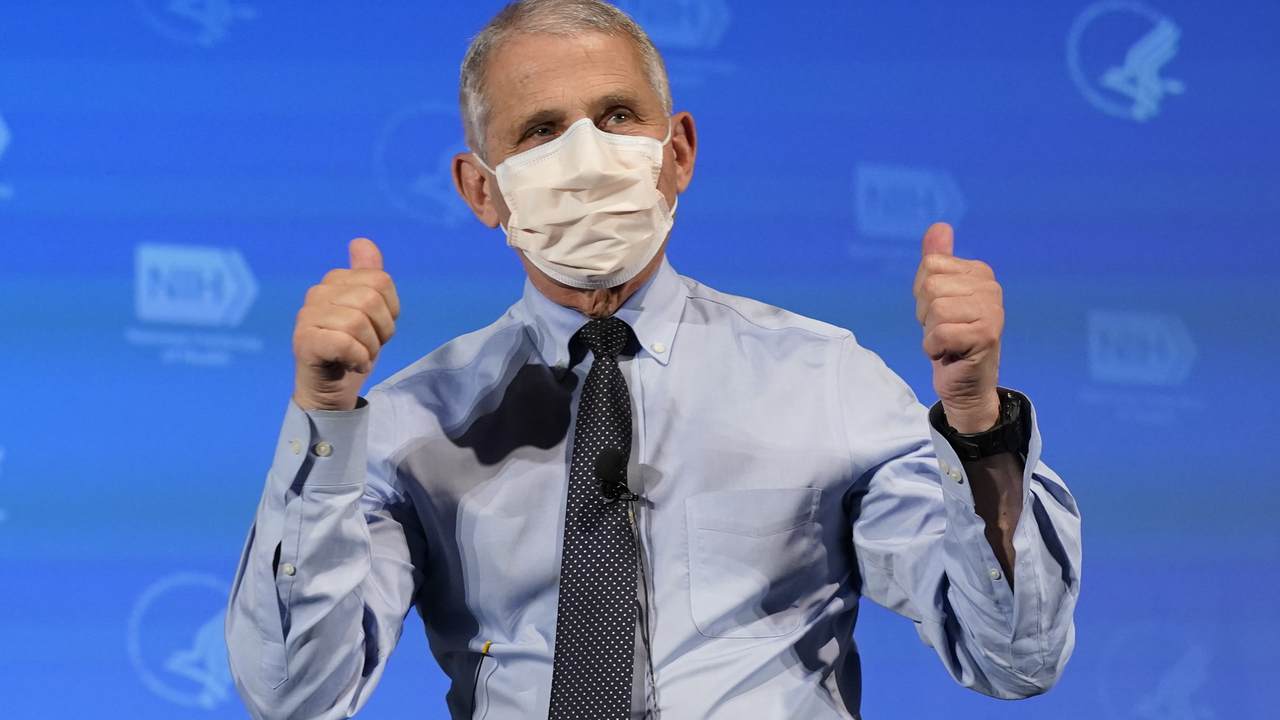 We didn’t elect, you sir. I know that’s obvious since there was no election for Dr. Anthony Fauci, but czars have a funny way of being able to dictate policy without any accountability from the American voter. This has always been the case with these positions. The so-called experts have overshot the landing zone on masks, the vaccine, testing, and schools reopening. The science is clear. It’s safe to reopen schools. The vaccines are effective, but Fauci’s latest tweak to the COVID protocols is pure “shut the hell up” material.

We’ve moved on from stay six feet apart for some people, folks—as if the virus knows who to not attack if they’re closer than six feet from someone. Katie wrote about it earlier today, but this is why the experts are viewed with skepticism as they should. They’ve sucked for nearly a year now—and still, we have CNN and MSNBC-glued liberals mainlining their trash advice.

During an interview with CNN over the weekend, Dr. Anthony Fauci acknowledged three feet of distance may be sufficient to reopen schools that remain closed.

"There's this new study from researchers in Massachusetts, just out this week, it found no significant difference of coronavirus spread in schools where there was six feet of distancing vs. three feet of distancing. But that six-foot requirement, that's one of the main hurdles to reopening schools. Does this study suggest to you that three feet is good enough?" CNN's Jake Tapper.

"It does indeed," Fauci said. "What the CDC wants to do is they want to accumulate data. When the data shows that there is an ability to be 3 feet, they will act accordingly. They have clearly noted those data. They are, in fact, doing studies themselves. And when the data are just analyzed, and it’s going to be soon."

The CDC is paralyzed by fear. That’s what Dr. Marty Makary of Johns Hopkins wrote in a recent op-ed for The Wall Street Journal. The new COVID vaccine guidelines range from laughable to unenforceable. Some recommendations are simply not grounded in what happens in the real world. Period. The “follow the science” crowd appears to be infected with something just as contagious as COVID: fear.

“The CDC highlights the vaccines’ stunning success but is ridiculously cautious about its implications. Public-health officials focus myopically on transmission risk while all but ignoring the broader health crisis stemming from isolation,” Makary wrote. It’s time to get back to normal, and with the vaccine, we can. Makary cites a study from Israel that shows those vaccinated with the Pfizer vaccine are virtually “bulletproof” four weeks after the first dose.

“An unpublished study conducted by the Israeli Health Ministry and Pfizer showed that vaccination reduced transmission by 89% to 94% and almost totally prevented hospitalization and death, according to press reports,” he wrote. “With the added safety of wearing a mask indoors for a few more weeks or months—a practical necessity in public places even if not a medical one, since you can’t tell on sight if someone’s immune—there is little a vaccinated person should be discouraged from doing.”

Still, we have Fauci more or less tossing out that we could have Italy-style lockdowns due to protocols being lifted too early. In recent weeks, states like Texas, Connecticut, and Maryland began to loosen their restrictions. We have Spring Break upon us as well.

The commedia dell’arte of Renaissance Italy has a stock figure, il Dottore. He is a pretentious older man of high status but questionable sense who foils young lovers & wears a partial mask. He loves to talk so much that, quite often, he must be physically removed from the stage https://t.co/FLB3Okmypc

Here’s the thing: Fauci doesn’t get to make that call. The CDC doesn’t get to do this nonsense either. They don’t get to dictate who we can eat with, drink with, or congregate with in our daily lives. They just don’t. And the fact they do is frankly quite hilarious.

Fauci’s time is over. It’s been over for quite a bit now. The last remaining shred of anything resembling credibility died when he backed the “wear two mask” nonsense. That will soon become three masks, then we’ll be going back to six-feet apart, which could morph into 10-feet. The experts don’t know, and if you still think they do—I don’t know what to say. This was a long con. They lied. And now they need to simply go away. We have a vaccine. The rates of vaccination are excellent. This trend coupled with natural immunity means that herd immunity could come sooner than expected. It’s time to reopen…everything. I, too, was caught up in their con game, folks. I’m finished with all of this.

Leah Barkoukis
De Blasio Once Again Forms Exploratory Committee. Here's What He Wants to Run For Now.
Leah Barkoukis
Here’s How the Gun Shop Owner Who Sold the Rifle to the Buffalo Shooter Feels About the Incident
Matt Vespa
Finally the White House Gets Serious About the Baby Formula Crisis
Katie Pavlich
CARTOONS | Steve Kelley
View Cartoon
Most Popular