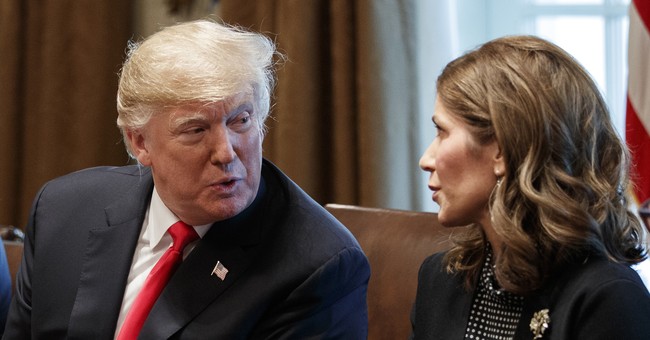 Dr. Anthony Fauci, the COVID czar, is giving President Trump some credit for actions to curb the spread of the virus at the outset of this pandemic. We’re approaching the one-year anniversary of when we started the lockdowns; the one-year anniversary of when Democrats and the liberal media found an issue to lob scores of attacks against Trump in the hopes of degrading his chances of winning re-election. They weaponized the virus for political gain. They needed something since, up until this virus hit, Trump was cruising to re-election and probably would have won in a landslide if it weren’t for COVID. And yet, President Trump is criticized for pretty much having no plan to respond to COVID. He only shut down travel from China, Europe, increased our testing capacity, and gave us a vaccine to combat the virus and its spread—but sure, tell yourselves he did nothing. Since the media is that dense, we need to remind these idiots that the only reason why we’re going to be able to turn the corner on COVID is that one man gave us the ability to dole out not one, but three vaccines. His name is Donald J. Trump. Not Joe Biden. Trump and his Operation Warp Speed are why we’re going to be able to get back to normal.

Back to Fauci. He noted that Trump signed off on his suggestion to shut down travel from Europe into the United States as COVID was ravaging Italy and other parts of the continent.

“Well, if we got to do it, if the docs think we need to do it, we're just going to have to do it,” said Trump at the time (via Axios):

Dominating in my thoughts that week was the day we shut down or made the decision to shut down Europe," Fauci said of the week of March 9, 2020.

"It was clear that New York was getting hit by cases that were coming, not from China directly, but were coming from Italy and then essentially the rest of Europe."

He replied: "If you really don't want a big influx of cases coming in from Europe, we really need to shut down, you know, Italy. And then they said, 'Well, you can't just do Italy. We got to do essentially all the countries in the European Union.'"

Biden would be doing what he’s doing now regarding COVID-based travel restrictions: enacting none. It would be open borders. Biden promised to reopen schools. He’s backtracked. At the very least waffled on it. Vote for Joe and the virus would vanish. Not the case. In fact, he pretty much said that we can’t do much for several months on the virus except move forward with the vaccinations which is a Trump-based initiative. Its distribution plan is also Trump’s plan. Biden’s COVID agenda is Trump’s plan, which is the sheer irony of this whole debate. There’s a reason why Biden hasn’t done anything radically different; Trump did it first. This liberal media narrative that Trump did next to nothing to curb the spread is just demonstrably false.