Liberal Blogger Realized Something About His Local Schools During COVID...and It Will Anger Panic Peddlers 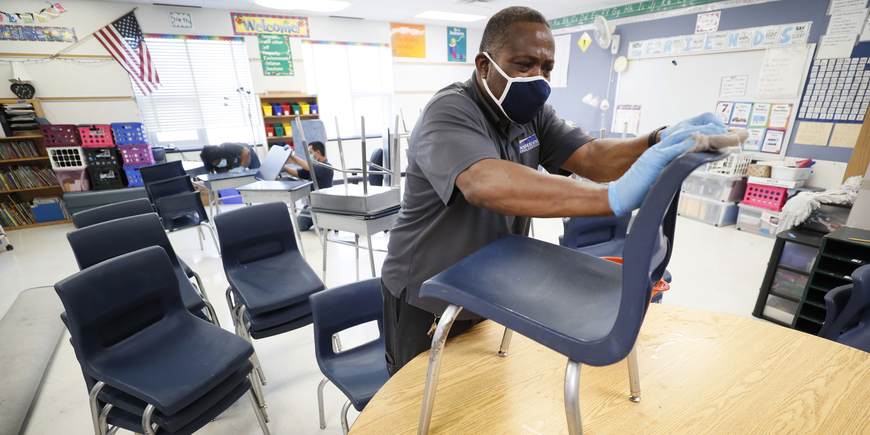 Trust the science, right? Trust the science unless it comes into conflict with the Democrats’ lockdown agenda. Some of you already knew this would happen in the beginning. With an election where the Left so desperately wanted Donald Trump out of office, well—the temptation for corruption on this front has proven too much for Democrats who now after defeating Trump—face absolute embarrassment as the ‘science’ says it’s safe to reopen schools. One key group is not allowing the Biden White House to come out forcefully: teachers’ unions. Almost on every front, the Biden White House has either delayed or backtracked its agenda. Funny—I thought with Biden in office, he would reopen the schools and end the virus. The only thing that’s helping us get back to normal is the vaccine which is a Trump initiative as well as its distribution plan which is on track to vaccinate 100 million people in 100 days.

In California, Gov. Gavin Newsom is facing a recall effort and is pretty much doing what he can to get some vestige of the state reopened in time for the election. In Irvine, schools reopened eons ago and the unthinkable has happened…for the COVID panic peddlers. And that would be nothing. The CDC has for weeks said it’s safe to reopened schools. Overall, kids don’t get it or spread it. Even Joe Biden admitted that fact during CNN’s town hall event last month. Kevin Drum, a liberal blogger formerly with Mother Jones, posted about Irvine last week.

“Here in Irvine the schools have been open all year, and today it occurred to me that I've heard . . . nothing . . . about this. No complaints big enough to make the paper. Apparently, no dramatic deaths. Nothing,” he wrote. And here’s the excerpt of the report he cited:

Since resuming in-person instruction on September 24, IUSD and the Orange County Health Care Agency have found no evidence of student-to-staff or student-to-student transmission, and only two confirmed cases of staff-to-staff transmission. In each of these cases, physical distancing practices were not followed.

....Case rates remain extremely low and isolated. Our site rates have not come anywhere close to the state’s threshold for closing schools or other facilities.

Drum added that when you analyze the caseload, only 17 students out of 23,000 have contacted the virus as of March 3. What about the staff? Only three out of 3,000. Reopen the damn schools.