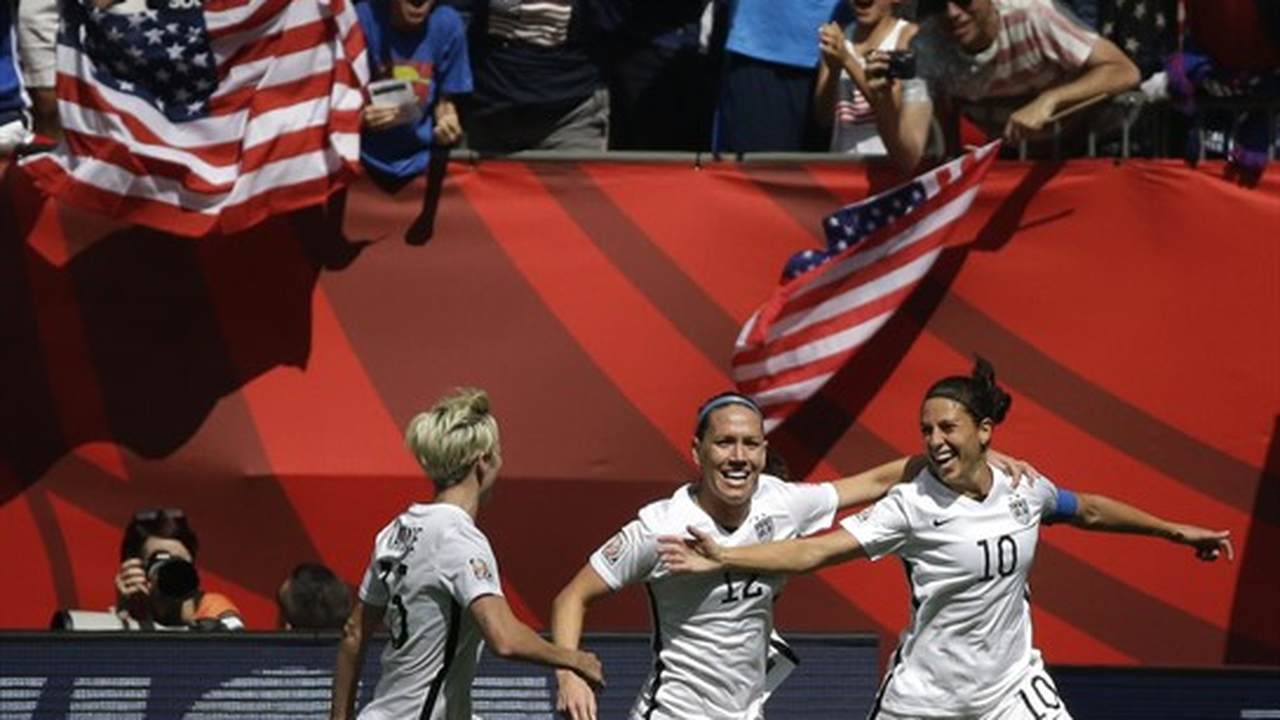 Well, Donald Trump is no longer president, so I guess professional athletes don’t need to kneel for the Star-Spangled-Banner anymore, right? Okay, some people still do, but the US Women’s National Team has switched gears now. How could this be? Isn’t this a reversal? Are they caving? Isn’t this an act of white supremacy? Oh no, "silence is violence," right? The Left has recently said that not doing enough in the social justice realm is an act of privilege. It’s intentional. There can be no neutral actors or bystanders. You will submit is the ethos of the woke mob, but this national anthem decision by our women’s soccer team could be explained in another way. You probably know it already.

Donald Trump is no longer president. Joe Biden is now in the Oval Office, so the virus is over. America is back. And our nation has been saved or something, except that America was never gone. The virus is still here (for now), and our nation was never under threat from within. The Left plays up the latter since they want conservatives to be wiped off the face of the Earth, but back to this national anthem decision.

US Women’s Soccer was at the forefront of this nonsense. It started with not-so-good quarterback Colin Kaepernick. It bled into the NBC, WNBA, soccer, and the NFL. It leeched into college athletics. It’s no accident all of this erupted when a Republican was in the White House. Now, it’s all over. They’ve moved on past the kneeling phase — whatever that means. They say it was a position that was never meant to be permanent (via Outkick):

The United States women’s national soccer team chose to stand for the national anthem on Sunday. According to defender Crystal Dunn, that decision was made because players are “past the protesting phase” of fighting social injustice.

Instead, Dunn says she and her teammates will look to put all of the talk into actual work.

“Even though we are choosing to stand, it doesn’t mean that the conversations go away, or they stop,” Dunn said following a 2-0 win against Brazil. “It’s all to say that we are now, I think, ready to move past the protesting phase and actually move into putting all of the talk into actual work.”

This is also quite the development considering the same team demanded back in June that US Soccer apologize to the black players for banning kneeling during the national anthem. They got what they wanted and are now done with the approach less than eight months later.

Start the clock. For the next four years, this is done, maybe. As soon as a Republican is elected president again, this kneeling will begin. It’ll be a throwback protest event. You can almost foresee how it might go: "Things were getting complacent regarding social justice activism, so we decided to get back to basics."

When Democrats are in power, all is well. When Republicans are governing, it’s an unprecedented era of racism, white supremacy, and autocracy or something. It’s pathetic how transparent all of this has become in less than a decade. Yet, I’m able to look past most of it.

Regarding the NFL, I roll my eyes, but I’m not removing football from my life. I love the game too much. The same goes with college football. I have a high tolerance for liberal drivel. I see and hear it every day, so I can tune it out and enjoy the game once kickoff begins. Liberals control most of our cultural bastions, folks. It’s just a fact, so I’m not necessarily shocked about much of this. I am amused that they think most of us will buy into this reason for why they stopped kneeling for the national anthem, however.