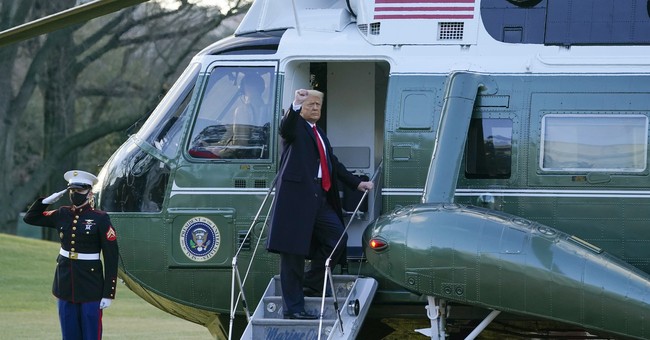 During the 2020 campaign, you all heard it. Joe Biden was going to nix the Trump tax cuts if elected president. That’s a massive tax increase on the middle class, but it resonates with the Democratic base. It’s a play to those urban-based fools who take everything MSNBC says about this economic initiative by the Trump White House, one that benefitted everyone especially the middle class. It’s one that even Bernie Sanders said they would benefit the middle class, as 91 percent of middle-income earners would be getting relief for the next decade. Sanders’ only complaint was—get this—the Trump tax cuts didn’t go far enough. CBS News also found three families from different states and economic backgrounds who all benefitted from the Trump tax cuts. It spurred economic growth, allowed businesses to give bonuses to workers, and generated the climate necessary for the booming jobs growth we saw under Trump before COVID hit.

So, now, with Joe Biden the Oval Office, he plans to take aim at the Trump tax cuts, or will he? Even The New York Times is saying that they won’t gut the whole package. It’ll be a tinkering of sorts. It just shows you that maybe the Trump tax cuts were, I don’t know—good for the economy. I mean, that’s all I can gather since they plan to make a huge portion of the Trump tax cuts permanent. (via NYT):

Donald J. Trump has left the White House. But many of his signature tax cuts aren’t going anywhere.

Democrats have spent years promising to repeal the 2017 Tax Cuts and Jobs Act, which Republicans passed without a single Democratic vote and was estimated to cost nearly $2 trillion over a decade. President Biden said during a presidential debate in September that he was “going to eliminate the Trump tax cuts.”

Mr. Biden is now in the White House, and his party controls both chambers of Congress. Yet he and his aides are committing to only a partial rollback of the law, with their focus on provisions that help corporations and the very rich. It’s a position that Mr. Biden held throughout the campaign, and that he clarified in the September debate by promising to only partly repeal a corporate rate cut.

In some cases, including tax cuts that help lower- and middle-class Americans, they are looking to make Mr. Trump’s temporary tax cuts permanent.

Yeah, you read that right. The evil tax cuts Trump passed that only benefitted the rich will be partially be made permanent. The corporate structures, yes—those were always going to be altered—but the overall narrative was to no one’s shock a lie. We knew. You knew.

There are endless clippings on how the Trump tax cuts helped middle America, which the Biden team, with the help of the liberal media, perverted as a Wolf of Wall Street subplot. And now, they’re going to be made a permanent fixture in our tax code. Trump’s tax agenda—a good chunk of it—will be forever codified.

It’s really funny with all this tax cut business. Democrats rail against them only to make a huge chunk of them permanent. In the early 2000s, I remember the Bush tax cuts and the drama over that. It was another giveaway to the rich, right? Then-Sen. Jim Jeffords (I-VT) cited this policy as one of the reasons why he left the Republican Party. The Bush tax cuts generated 52 months of uninterrupted economic growth. It was also a popular punching bag for Democrats. Obama railed against it, of course. In 2013, after Obama’s 2012 re-election, Democrats hated these Bush tax cuts so much that they made 82 percent of them permanent.

It’s almost as if when it comes to tax cuts and policy, the GOP is just better at it. I mean, it’s a no-brainer since Democrats only care about raising taxes. From the billionaire to the struggling small business, the donkey is always trotting around looking for a way to kick you behind the knees economically.

Some of the Trump tax cuts have been made permanent. I wonder who the Left Coast will react to this news or the progressive base?