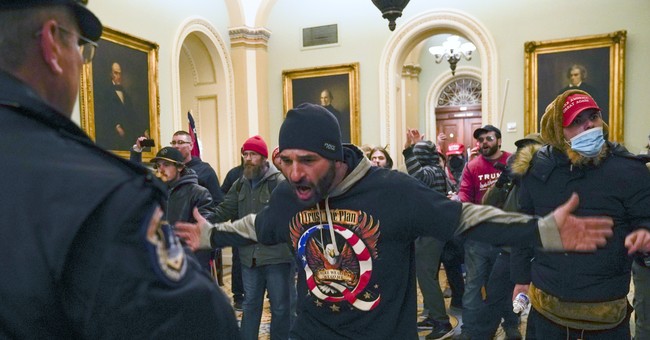 The fallout from the Capitol Hill riot is the subject of discussion in Congress and the media. As members from both chambers gathered to certify the 2020 Electoral College results last Wednesday, pro-Trump supporters stormed the Capitol Building. Five people died. It’s renewed calls for Trump’s impeachment, which will earn GOP votes this time. Will it be successful in clinching a conviction? Probably not, though Mitch McConnell has endorsed the Democratic push to remove the president who is set to leave office on January 20. In the House, Liz Cheney is voting to impeach the president. Overall, the whole situation last week was a fiasco and its effects have now allowed for social media companies to engage in a purging of conservatives in a massive assault on free speech.

Capitol Police will be put under the microscope for their inability to secure the building. Yet, the mayor’s office should be scrutinized as well. They knew what was coming—and did nothing. Lots of inquiries into the total and complete security failure will follow, but one Democratic congresswoman hurled a rather serious allegation, alleging that Republican members of Congress might have been involved in an inside job of sorts. They gave these members “reconnaissance” tours (via Bergen Record) [Bold text indicates Sherill’s remarks]:

Rep. Mikie Sherrill, during a live webcast Tuesday evening, said she witnessed some members of Congress leading people through the Capitol on Jan. 5 in what she termed a "reconnaissance for the next day" when insurrectionists took part in a deadly siege on the legislative branch.

During the Facebook Live, Sherrill (D-11, Montclair) addressed her constituents to explain why she voted for a resolution to ask Vice President Mike Pence to remove President Donald Trump from office by invoking the 25th Amendment. That measure passed late Tuesday 223-205, but Pence had notified House Speaker Nancy Pelosi earlier in the day that he would not comply with the request.

That makes it likely that the House will, for the second time, impeach Trump on Wednesday. Sherill said she intends to support an article of impeachment against Trump for "incitement of insurrection."

“We can’t have a democracy if members of Congress are actively helping the president overturn the elections results.

Sherrill did not specify if the "groups" were Trump supporters nor detail what took place during the "reconnaissance." The term refers to an exploratory mission for the purpose of gaining information.

Also, she's no AOC--highly unlike her to try to hijack a story for attention and toss out fever dream speculation. Perhaps she misspoke? It's a specific word to use, though. Did she warn anyone? Did she only realize after, in which case did she give details to the FBI?

yeah, going to need receipts for an allegation as serious as this one. https://t.co/JLr81e1UJL

That’s a serious allegation. As Seth Mandel of Washington Examiner magazine noted, that she used a very specific word, but maybe also misspoke. I don’t know. But if you lob that kind of grenade into the air, you have to list names. Who were the members? At the same time, a mob mentality could easily have caused what occurred last week but leave it to the Democrats to exploit this heinous incident to score some more political points. Hurling accusations without evidence is, well—how this mayhem started last week.