What the CIA Director Is Betting On to Keep Russiagate Documents Under Seal...Allegedly 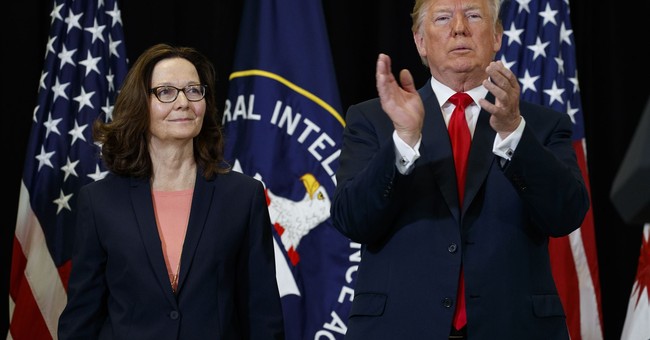 Last week, The Federalist Sean Davis went on Fox News’ Tucker Carlson and gave a pretty solid reason for why we may need a new CIA chief should Trump win re-election. She’s been blocking further declassification of more Russiagate documents. Director of National Intelligence John Ratcliffe dropped some last week, where it showed that Hillary Clinton might have been drumming up the Trump-Russia ties in order to distract the public from her email fiasco. It was later revealed that then-CIA Director John Brennan, Haspel’s former boss, might have briefed then-President Obama on this reported operation. Haspel was CIA station chief in London, where, as Davis noted, Christopher Steele did a lot of his work compiling the infamous Trump dossier.

That political opposition research project was weaponized by the FBI to secure a spy warrant against Carter Page, a former Trump campaign official. It was also the basis for this collusion probe. And now Haspel is reportedly trying to stonewall the release of more documents. She’s said to be banking on a Trump loss in November in the hopes she can keep this dam from breaking. Davis added that his sources are telling him that FBI Director Chris Wray is also hoping a Biden win come November (via The Federalist):

Central Intelligence Agency (CIA) Director Gina Haspel is personally blocking the declassification and release of key Russiagate documents in the hopes that President Donald Trump will lose his re-election bid, multiple senior U.S. officials told The Federalist. The officials said Haspel, who served under former CIA Director John Brennan as the spy agency’s station chief in London in 2016 and 2017, is concerned that the declassification and release of documents detailing what the CIA was doing during the 2016 election and the 2017 transition could embarrass the CIA and potentially even implicate Haspel herself.

“Haspel and [FBI Director Christopher] Wray both want Trump to lose, because it’s the only chance they have of keeping their jobs,” one senior intelligence official told The Federalist. “They’re banking on Biden winning and keeping them where they are.”

[…]
“It’s far more important for Haspel to block any embarrassment of herself or her agency than to have full transparency and accountability,” another senior intelligence official told The Federalist. “She’s just hoping she can get past the election so the documents will never come out.”

“This is not a source protection issue, it’s an embarrassment issue,” the intelligence official added.

Officials also accused Haspel of repeatedly lying to the White House about the status of documents that are in the pipeline for declassification and release.

“The frustration with Haspel is reaching nuclear levels,” one official said, noting that White House and top U.S. intelligence community officials have been taken aback by the ferocity of Haspel’s refusal to release documents.

Yeah, as you’d expect, a lot of housecleaning still needs to be done at the DOJ and within the Intelligence Community.