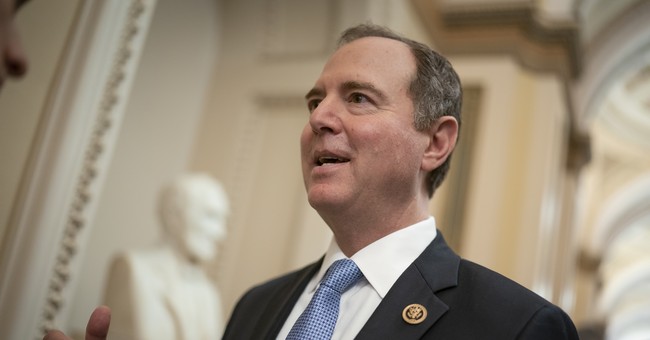 It was the second act. That’s all there is to it. The Ukraine fiasco that engulfed the nation, which led to a politically motivated impeachment charge that was ultimately done to fulfill the Democratic base’s lust to impeach Trump, was just another battle in the Russian collusion wars. They couldn’t get Trump on this laughable myth. That avenue was exhausted, so what to do now? The Democrats control the House. There’s an election coming up. They just needed to get this guy by any means necessary. So, along comes this whistleblower complaint from a CIA agent, who is a registered Democrat and had done work for a 2020 Democratic candidate, with a story about a quid pro quo allegation regarding the United States sending aid to Ukraine. In sum, the allegation is that Trump threatened to withhold aid unless the Ukrainians looked into the swampy arrangement of Hunter Biden, son of Joe Biden, sitting on the board of Burisma, a shady energy company, where he was earning $50,000/month to reportedly sell access to top US officials. At the time, those would be Obama folks.

House Intelligence Chair Adam Schiff knew the identity of the whistleblower. He had to have met him. His staff certainly did; Schiff saw a copy of the complaint before it was formally filed, allowing him to get the pieces ready for impeachment. Oh, and this so-called whistleblower didn’t hear this allegation directly. It’s all second-hand sources. I mean, the allegation was trash and it quickly devolved, like Russian collusion, into a total unsubstantiated circus. It got to the point where some Democrats said that Trump should be impeached even if there was no quid pro quo regarding Ukrainian aid. It was an unnecessary political spectacle, but something unavoidable with the Democrats’ Trump derangement syndrome infesting the Capitol.

In his new book, “Obsession: Inside the Washington Establishment’s Never-Ending War on Trump,” Byron York notes that House Republicans were caught unawares to Schiff’s scheming against the president. They thought it wasn’t going to be a big deal, a gross miscalculation.

On September 17, 2019, a meeting in the Sensitive Compartmented Information Facility tipped off House Republicans that Schiff was up to something, mentioning his past press release and being rather prevaricating about this complaint.

York quoted Rep. Devin Nunes (R-CA) the House Intelligence Committee’s ranking member saying, “At that point, we had no idea what the hell was going on. Certainly, Schiff was showing that he knew more about the matter.

“It was totally bizarre,” said Nunes. “Because he knew way too many details.”

Utah’s Rep. Chis Stewart said, “He was so, I don’t want to say giddy—he was so anticipating that we all noticed it…We knew that something was up. Schiff didn’t poker face this thing at all.”

Rep. Brad Wenstrup of Ohio is quoted as saying he was caught a bit off-guard by the full-blown attack on Trump following the collapse of the Russian collusion delusion.

“I thought after Mueller, can we just get on with business, said the congressman. “But I had no idea that they would continue a full-fledged attack because if I were Adam Schiff, after what he did for two years, I would be so embarrassed about being wrong.”

Yeah, well, that embarrassment didn’t stop them. The impeachment push failed, possibly distracting us from the looming COVID outbreak in the US. It exposed that there is next to nothing the Left won’t do to find anything and weaponize it against Trump. This fight also exposed that Mitt Romney, who voted with Democrats in one article, is the most worthless Republican in Congress right now.

Other than that, you’re just going to have to read Byron’s book.