Are We Really Shocked This is How Voters Feel About The Atlantic's Shoddy Hit Piece on Trump? 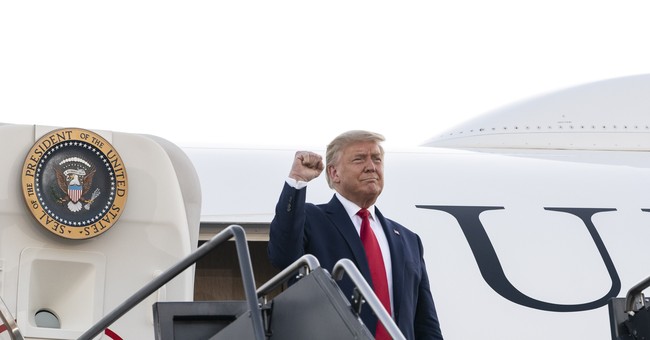 I mean, I guess we shouldn’t be shocked over this development. We can’t. The liberal news media has behaved badly for years. It’s become abjectly awful under the Trump White House. They can’t report on anything accurately. This began immediately when they reported that Trump removed the bust of MLK, Jr. from the Oval Office. Not true. The Russian collusion hoax is perhaps the pinnacle of absurdity from the fake news press. The level of failure here is biblical. So, when a reporter from Time magazine ventured into Wisconsin to see if The Atlantic’sshoddy hit piece on Trump in which he supposedly called our American war dead “losers” and “suckers,” we shouldn’t be shocked that no one believed it. Actually, it’s a tad worse than that; no one even brought it up in her interviews.

Zero people have mentioned the "losers" or "suckers" comment unprompted. When I bring it up, every Trump voter says they don't believe it or it was taken out of context. https://t.co/9E5ibGqSEm

This includes several Trump voters who are the sons of veterans. They said they were completely unbothered by the "Losers/Suckers" comments, because they either didn't believe he said them or didn't care if he did

To clarify: Even for Biden voters, the "Losers/Suckers" comment had zero impact on their choice. The undecided voters I spoke to also did not mention this.

Not one voter on either side mentioned this unprompted, and when prompted, they dismissed it.

Charlotte Alter conducted scores of interviews with people across Milwaukee. It didn’t change the voting behaviors of either camp. The Trump folks either didn’t believe it. The undecided didn’t even bring it up, but when prompted—didn’t believe it. And of course, nothing in the Biden camp. They were voting against Trump no matter what.

You can guess why this was a dud. It’s a circus.

‘Anonymous sources confirm what other anonymous sources said in the article…grounded in unnamed sources with firsthand knowledge.’ Yeah, all of this based on the anti-Trump press’ reservoir of liars and haters. When you have that unhinged resource, you can churn out all the fake news you want. And guess what—everyone has had it. No one cares.

Alter admitted that she believes the Atlantic’s reporting—no shock there—but added, “I just think that the way we think about how news reports influence voter decision making is totally broken.”

Ya think?! If this was the Left’s October surprise that they had to execute earlier due to the race tightening up, then talk about weak sauce. Trump has high approval among the military. This wasn’t going to impact the race. The Access Hollywood tape had more potential and no one cared about that either. Lying and cheating are what the Left will be resorting to in the final weeks of this campaign. This silly season will never be so entertaining.