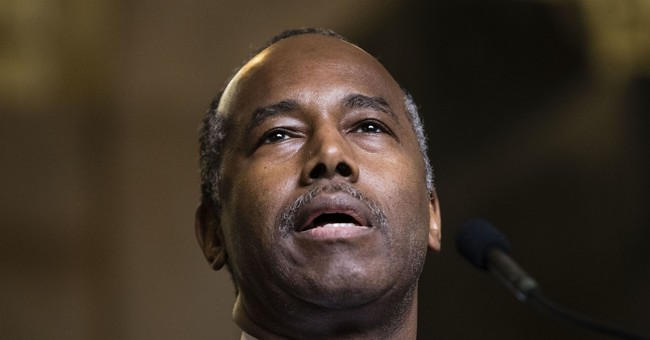 Housing and Urban Development Secretary Ben Carson addressed the nation during the final night of the Republican National Convention, which was your typical run-of-the-mill speech at these events. He noted how Trump fights for the people, wants policies that raise all boats and does not mess with identity politics.

Yet, Carson's speech centered at hitting back on the claims of racism that have been lobbed against Trump.

"Years ago, Jesse Jackson gave Donald Trump an award for the economic opportunities he created for Black people," said Carson.

On education, Secretary Carson said, "One of the first things he did as president was bring the Office of Historically Black Colleges and Universities into the White House so that it could get proper attention and financial support. Before the pandemic, African-American unemployment was at an all-time low."

Carson noted that the president also "strongly supports school choice, fully recognizing that no matter what circumstances a person is born into, they can achieve success with a good education." He knows that sure. Yet, the one statistic that Carson did zero in on, which is racist toward the black community, is the abortion rate.

"What is racist is the fact that African-Americans have the highest abortion rate," said Carson as he closed his remarks. "President Trump is the most pro-life president in our country's history. He will continue to fight for those who cannot yet speak."

And that fight will be put into jeopardy if Trump doesn't get a new four-year term.