Copy and Paste: Did You Notice What Was Wrong About the DNC's Hologram Audience? 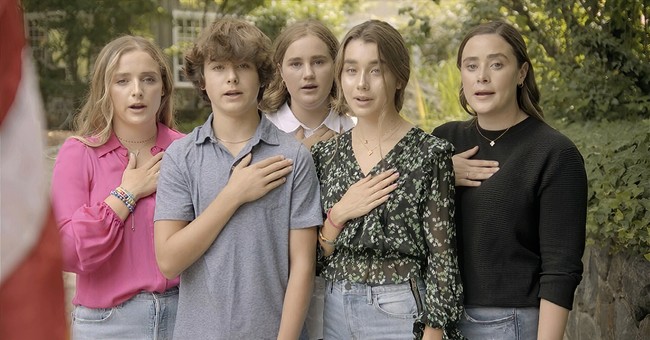 The Atlanta Falcons injected artificial noise in their arena, which later landed them a huge fine. There are cardboard cutouts occupying seats at baseball fields for the MLB. And at the Democratic National Convention, there are so few people tuning into this spectacle online that the powers that be appeared to have ordered the duplication of some of those in the virtual audience to make it seem like there was more participation than there actually was last night. The DNC is blessedly only broadcasting two hours per night. Could you imagine 20-25 mins of these clowns?

California Sen. Kamala Harris formally accepted the VP nomination and delivered her speech. On a big screen behind her, there were scores of people clapping from their homes. The only thing is that the DNC looks like they couldn’t find 30 people who were psyched about Harris’ nomination, so they simply copy and pasted the same people twice to enhance the numbers. Multiple people were caught being duplicated on the big screen.

Prior to Harris’ speech, the DNC had a promo video where you heard a soundbite from one activist saying that the California liberal will—get this—work to end mass incarceration, the very thing that made her career as a prosecutor. You just cannot make this up. Harris’ position in the 2020 race got nuked when Tulsi Gabbard went in for the kill and highlighted her past career in locking everyone up. Harris never recovered and soon dropped out of the race. Tom Steyer lasted longer than Kamala Harris, but now she’s somehow this top pick for VP. It’s all artificial. Harris simply cannot run an honest campaign, as she’s a cop in a party that increasingly and viciously hates law enforcement.

Did you catch it?