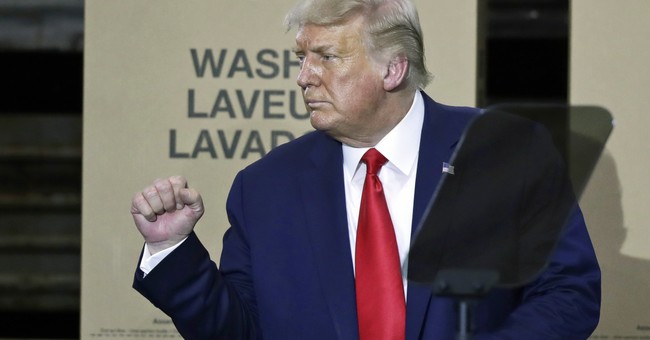 Well, we have yet another report that says there was no Trump-Russia collusion, and that the FBI gave “unjustified credence” to the Democrat-funded Steele Dossier which was used to secure FISA spy warrants against former Trump campaign official Carter Page. After interviewing some 200 witnesses and at least a million documents, acting chair Sen. Marco Rubio (R-FL) said that this exhaustive process points to no collusion. He then redirected his fire at the FBI who kept this circus going by not verifying the sourcing of the Clinton campaign-funded opposition research project that started this whole collusion delusion from the beginning. Brooke Singman has more (via Fox News):

The Senate Intelligence Committee found that the FBI gave the unverified anti-Trump dossier “unjustified credence,” and that Russia “took advantage” of members of the Trump transition team’s “relative inexperience in government” in its final report as part of its years-long bipartisan Russia investigation.

The panel on Tuesday released the fifth and final volume of its five-part report on Russian interference in the 2016 presidential election.

“We can say, without any hesitation, that the Committee found absolutely no evidence that then-candidate Donald Trump or his campaign colluded with the Russian government to meddle in the 2016 election,” Rubio said. “What the Committee did find, however, is very troubling.”

Rubio detailed the committee’s findings, which included “irrefutable evidence of Russian meddling” and “deeply troubling actions taken” by the FBI, “particularly their acceptance and willingness to rely on the ‘Steele Dossier’ without verifying its methodology or sourcing.”

The committee found that the FBI gave the dossier, authored by ex-British intelligence agent Christopher Steele, “unjustified credence, based on an incomplete understanding of Steele’s past reporting record.

So, this marks at least three reports that trash the dossier. The Mueller report said that there was no criminal conspiracy between the Trump team and the Kremlin, undercutting the entire hypothesis laid out in this shoddy document. The Department of Justice Inspector General report on the FISA abuses during the Obama administration and Crossfire Hurricane also shredded its credibility. This document was an unverified piece of trash that was weaponized to spy on the Trump team. Period. The case is closed. No collusion. No crime. And Trump is still president. The liberals are owned.

And let’s not forget that the ripple effects of this sham piece of opposition research destroyed the lives of Page, Michael Flynn, Trump’s former national security adviser, and Paul Manafort. Manafort wasn’t even charged with anything related to collusion and the way his attorney-client privilege was nuked is also a stain in this long, sordid tale of government overreach.

Flynn pleaded guilty to “lying to the FBI,” which is odd given that a) the FBI had zero evidence against him from the get-go regarding being a Russian agent; b) he was cleared of such suspicion in a now-unearthed DOJ memo written six days after his January 2017 interview; c) the agent who spoke to him felt he didn’t lie. The Logan Act nonsense hurled against him was suggested by Joe Biden. Obama ordered his folks to get the right people on Mr. Flynn. On January 5, 2017, the soon-to-be-ex-president held a meeting with his top law enforcement and national security officials about how to protect the ongoing FBI probe into Russian collusion. Hence, the endless leaks about Russia collusion, still unsupported by evidence, that engulfed DC and the liberal media like a brushfire. The job was to inflict damage. The Obama leftovers and former officials did that. And we still have the Durham report to look forward to in the Fall.

The Trump campaign was quick to respond to the report.

“The Russia Collusion Hoax is the greatest political scandal in the history of this country. As this report proves – yet again – there was no collusion between Russia and the Trump campaign. The report does remind Americans that there was, however, political reliance on foreign assistance in 2016, since Hillary Clinton’s campaign and the DNC paid for the bogus Steele Dossier assembled by a foreign operative using Russian disinformation," said Tim Murtaugh, Trump 2020 communications director.  "Additionally, Joe Biden still hasn’t answered for his role in using the Logan Act to set up Gen. Michael Flynn.”