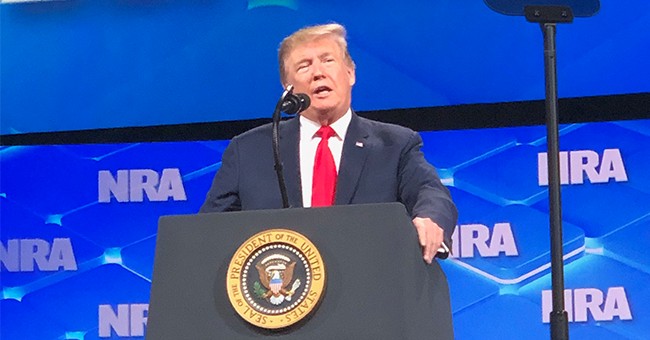 When the liberal law community goes off the reservation, you can expect George Washington School of Law professor Jonathan Turley to offer his grounded commentary on why they’re wrong. Turley, who is no die-hard conservative, has consistently been out front calling out the Left for their gross overreach on legal matters. He was not supportive of the Democratic Party’s impeachment push against Donald Trump, notably saying that you cannot impeach a president simply on the basis of dislike. That has been the center for every anti-Trump action since 2017. In New York, the state attorney general, Letitia James, is trying to dissolve the National Rifle Association over its controversial expenditures. Of course, the Left is cheering this, but as Turley noted in a few paragraphs, “absurdity and popularity can often move hand in hand in New York politics.”

The law professor merely notes a few things. One is that the NRA is one of the oldest and most successful advocacy groups in history. Second, it’s not a criminal organization. And third, because it’s not a criminal organization, the grounds for dissolution are ridiculous. Pretty straightforward. As for the lucrative expenditures, if the NRA goes, so should Al Sharpton’s National Action Network for its shady deeds regarding the reverend’s book deal (via the Hill):

Many organizations have suffered dubious spending by officers, ranging from political parties to nonprofits to universities. None were disbanded. Union and religious leaders are often accused of lavish spending on their travel or other job perks. Few have been prosecuted. The National Action Network of Al Sharpton paid him more than $1 million in compensation in 2018 and another $500,000 for rights to his life story. While it is based in New York, James has not tried to dissolve it or other organizations.

Other cases seeking dissolution undermine the case against the NRA. Five years ago, New York Attorney General Eric Schneiderman tried to dissolve the National Children Leukemia Foundation after finding that 1 percent of around $10 million in donations went to cancer victims, including almost no money spent on its “Make a Dream Come True” program. Its president turned out to be a felon who ran the organization out of his basement. A settlement was reached and the charity was voluntarily shut down.

The NRA is not run out of a basement, and it spends sums of money on its firearms lobbying and training programs. It is, by any measure, one of the most successful advocacy groups in our history. It has more than 5 million members and is the largest and most influential gun rights organization in the world. Whatever complaints can be raised over the spending habits of its officers, the NRA is undoubtedly a successful enterprise. Indeed, many lawmakers have denounced its influence in Washington, since low scores from the NRA can mean defeat for politicians who face close races.

James is not disregarding the implications of a Democratic official seeking to destroy one of the most powerful conservative groups in the country in an election year. By contrast, she seems to revel in that image. She knows liberals are thrilled by the idea of disbanding the NRA. She is now revered as a hero by those who view no problem in her past declaring the group a terrorist organization and now trying to dissolve the group as a fraudulent organization. It has been a political campaign in search of lawful rationale for years, however, the allegation is not as important as the target.

Those same political supporters, of course, would be justifiably outraged by any clear action of the administration to dissolve liberal organizations such as Planned Parenthood. Misconduct or crimes by its officers would not leave it as a criminal enterprise. Like the NRA, Planned Parenthood is one of the most effective groups defending a constitutional right.

And that seems to be a fair, no-nonsense standard, right? Granted, there are hordes of liberals who merely think what the NRA does—protect constitutional rights to firearms and foster effective training and safety programs—is criminal. You can’t help those people. They’ll always think whatever is in the conservative orbit is evil and illegal. Fortunately, the laws are clear on this matter—and Turley once again kills the liberal gusto behind this lawsuit in fewer than several paragraphs. He did so prior when everyone freaked out that Trump commuted Roger Stone’s sentence. He noted that the laws regarding pardons and commutation within the executive are clear and absolute. Also, Stone’s commutation is minor league ball compared to the more controversial and corrupt pardons issued by past presidents that the media conveniently ignored