There Was Another Brutal Hate Crime In Wisconsin...Want to Take a Guess Why There's No Media Attention? 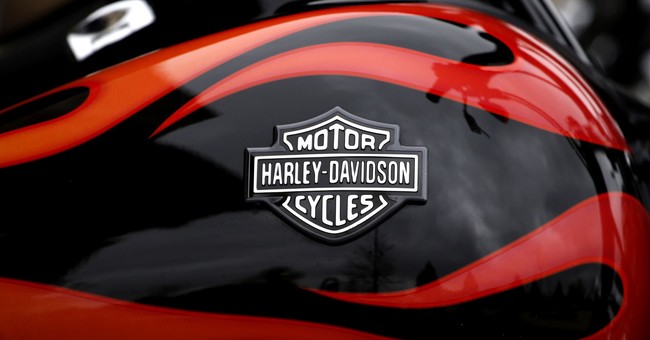 It's a brutal murder. It’s a tragic story from Wisconsin. And if some of the roles were different, this would be national news. It’s not because it goes against the media narrative that white people can’t be racists or something. Phillip Thiessen, a retired Virginia police officer, simply decided to take his Harley-Davidson motorcycle out for a spin. Daniel Navarro, Trump-deranged, racist, and looking to lash out against whites, decided to run him down. It happened over Independence Day weekend. Somehow Harley-Davidson is white nationalism or something. It’s totally nuts. National Review had an excellent write up of this demented man who has rightfully been charged with a hate crime. The publication noted that it doesn’t seem that both men knew each other (via NRO):

On July 3, gearing up for the July 4 weekend, Thiessen made the fateful decision to take his Harley out for a spin. Navarro, emerging from his mother’s basement, decided to take his truck for a drive to work out the vehicle’s battery since he had become so isolated he rarely left the house. He also allegedly emerged with the intent to kill. Navarro does not appear to have known Thiessen. However, on seeing Thiessen, he allegedly intentionally swerved his truck head-on into the Harley carrying Thiessen. The criminal complaint lays out in painful detail the thought process of a clearly deranged man.

Citing “recent events” and the “racial climate in the United States,” Navarro referenced a “silent majority that voted for Donald Trump as president and the political and racial tensions in the news lately, including racial tensions related to President Trump.” According to the complaint, he emphasized that “if Trump and white people are going to create a world like we are living in, then he has no choice and people are going to have to die.” Deciding to act on this rage, Navarro is alleged to have “intentionally swerved his truck” into Thiessen head-on because all Harley riders are “white racists.” Lest there be any doubt as to the intentional nature of the act, according to the complaint, Navarro had been “thinking about targeting a white person and killing them with a vehicle earlier that day,” and he “picked a motorcycle because he wanted the person to die,” because “white people drive motorcycles,” and “the Harley culture is made up of white racists.”

There is no need to connect the dots. While Navarro does not appear to have targeted Thiessen personally, he intentionally targeted Thiessen for what he represented in Navarro’s twisted mind. Despite the obvious politically and racially motivated nature of the attack and the clear Wisconsin connections, over the last three weeks the state’s largest news outlets have provided virtually no coverage of the attack.

Also, in Milwaukee, there was the murder of a black Trump supporter who was shot and killed execution-style. The media wants there to be so-called right-wing violence. They think those who protested to re-open their businesses that were closed down by Democratic governors’ arbitrary extensions of COVID lockdowns were grounded in white nationalism. Yeah, because feeding one’s family is racist, right? The Left is violent, unhinged, and they’re acting out. They’re killing people with whom they disagree, or think are engaging in activities they find disagreeable. That’s insane. That’s terrorism. Silence is violence…until it’s people of color brutally committing murders, right? People of color can’t be racist, right? That’s the prevailing narrative, which is ridiculous. Until you read what motivated Navarro to kill, which is pretty…racist. And once again, the media wonders why their trust numbers are in the toilet.