Put the Bath Salts Down: MSNBC Reporter Zeroes in On Why Trump Is Really Sending the Feds into Liberal Cities 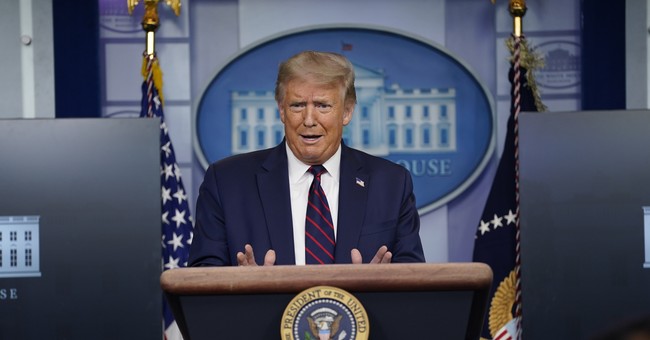 I mean, this isn’t totally shocking for MSNBC, but it doesn’t mean it isn’t insane and irresponsible. We all know the situation in Democratic-run cities is out of control. Since George Floyd was killed in Minneapolis on May 25, urban America has been set aflame. Seattle had armed lefty militias seize portions of the city. Portland is a total mess. Chicago is a mess, with shootings ravaging the city. In New York City, it’s reverting back to the warzone that is was back in the early 1990s. And all of this as left-wing city councils move to “defund the police.” It’s time to restore law and order. And if these liberal clowns won’t do it, the federal government has to step in and get it done.

Given the Trump derangement syndrome that has infected the liberal media, it’s no shocker that some think this is a preview of the military takeover…that’s never going to happen. MSNBC’s John Heilemann said that the deployment of federal agents into crime-ridden, Democratic-run cities was a “trial run” for Trump to steal the 2020 election. He’s going to seize this contest by force supposedly.

MSNBC’s @jheil on Trump sending federal police into Portland: a “trial run” for using “force” to “steal this election” pic.twitter.com/oGqnJpi1A8

.@jheil doubles down on conspiracy theory Trump is prepping to use military to seize Nov. election through force:

"Is there anybody who doesn’t think Donald Trump would try to employ Martial Law if he thought that was the only way to stay in power?" pic.twitter.com/iZJ3urJMoQ

How this played out:

Look, I’m not a fan of Infowars, which does peddle conspiracy theories, but MSNBC could give them a run for their money; they just shovel pure crap but sound more academic, for lack of a better word, in their delivery. Okay, maybe that’s being too kind, but there are times where this liberal network truly goes off the deep end to the point where even their liberal colleagues at other outlets were calling them out.

Host Joy Reid insinuated that Attorney General William Barr was involved in Jeffrey Epstein’s death. Rachel Maddow, who bought the debunked Trump dossier hook, line, and sinker, peddled the crackpot theory that Trump’s executive order on immigration was the reason why U.S. troops in Niger were ambushed and killed.

There is no evidence that the withdrawal of Chadian forces from Niger due to Trump's travel ban has anything to do w/the Niger tragedy. 2/n

So, I guess phantom military coups are par for the course at MSNBC, which only exists to keep liberal blood pressures low. Still, maybe MSNBC is the left-wing Infowars? Meh. Maybe not, but they’re still anti-Trump trash.