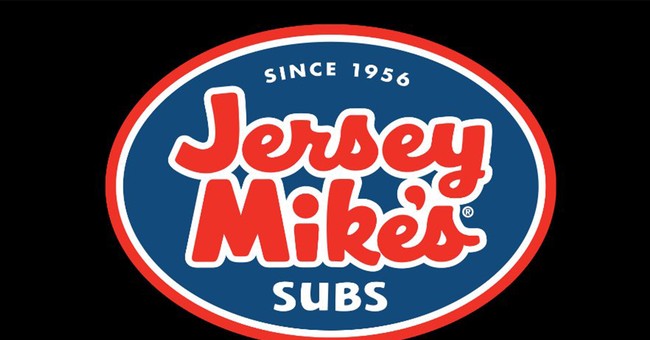 Take it easy. Jersey Mike’s, a sandwich chain, didn’t change the name of one of their menu items to appease the progressive mob, or did they? At first glance, it looks like a legitimate announcement, but the fact that a lot of people couldn’t initially tell is all you need to know about the Left and their agenda items. It seems like it was a joke. Yassir Lester, a comedy writer for Showtimes’ Black Monday and producer for the Netflix Series #BlackAF, posted a screenshot of the sandwich chain’s logo with the statement:

I truly thought this was real and I cannot stop laughing

oh my god yassir you did it

Me preparing to dunk on this tweet before realizing it's a joke at the last second pic.twitter.com/SZ9JGXjQcL

There’s really no way to tell

If that @jerseymikes BLM post were real, there’d be a screenshot of a tweet. BUT everyone is still free to be mad at Jersey Mike’s for giving my UberEATS guy the wrong order when all I wanted was a simple #7 with avocado.

Is the Jersey Mike's "BLM statement" real or did someone just make it up and people ran with it?

Yeah, too good to be true, and again, it looks like a joke. It’s a good one, but doesn’t this also show that satire/parody is now dead because, well, would you be shocked if Jersey Mike’s actually did this? Gushers made preventative moves to avoid being ripped apart by the progressive mob. Yeah, that was a real company move; fruit snacks are now ‘woke.’ Is Lester making fun of the massive wave of products being overhauled for their supposed problematic nature, or the superficiality of it all regarding the larger agenda for the BLM movement? At any rate, for anything, changing the name of x, y, or z, isn’t going to solve much. We all know this.

Most of liberal America is a punchline. If you’ve watched South Park, they have loads of episodes trashing the ‘woke’ culture and political correctness. Some of it so outlandish that it could never be fathomed as something that could become a real thing, right? Well, we’re at a point where The Onion is coming to life. It’s an opportunity to counterattack but will conservatives do it. Better yet, can they do it?