ICYMI: There Was Another Fake 'Noose' Story That Was Debunked in California Last Week 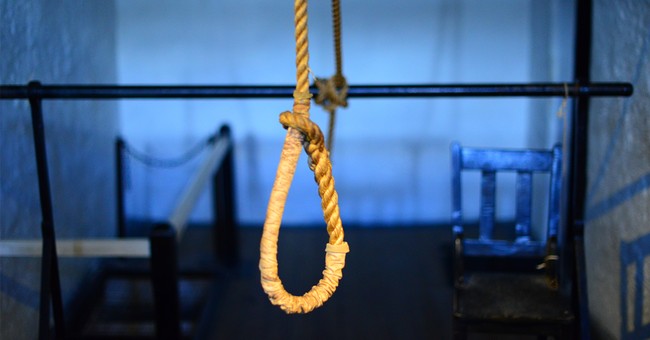 Well, NASCAR wasn’t the only place where we had a fake “noose” story. Last week, Oakland, California, dealt with a “noose” story of its own. And yes, it was debunked. One could imagine how the uber-liberal city of Oakland reacted to this story initially. The freakout, the outrage, and the insufferable lecturing about white supremacy probably flowed unabated for a period of time. The story goes that someone caught sight of what appeared to be nooses hanging around a tree around Lake Merritt.  In the end, it turned out to be exercise equipment that was set up months ago by a black trainer. Additionally, the trainer said that scores of people had walked by his outdoor set-up and never thought nooses were dangling in plains sight to convey racist overtones (via WKYT):

Oakland’s mayor said five ropes found hanging from trees in a city park are nooses and racially-charged symbols of terror but a resident said they are merely exercise equipment that he put up there months ago.

Mayor Libby Schaaf said Wedesday that a hate crime investigation was under way after a social media post identified a noose at the city's popular Lake Merritt. Police said they searched the area on Tuesday and found five ropes attached to trees.

Victor Sengbe, who is black, told KGO-TV that the ropes were part of a rigging that he and his friends used as part of a larger swing system. He also shared video of the swing in use.

"Out of the dozen and hundreds and thousands of people that walked by, no one has thought that it looked anywhere close to a noose. Folks have used it for exercise. It was really a fun addition to the park that we tried to create," Sengbe said.

"It's unfortunate that a genuine gesture of just wanting to have a good time got misinterpreted into something so heinous," he told the station.

The exercise equipment was dismantled by authorities. This story comes around the time NASCAR was dealing with a “noose” fiasco of its own that got the Federal Bureau of Investigation involved. Racer Bubba Wallace alleged that someone left a noose in his garage spot. It turned out it was a door pulley that had been left there since 2019, way before Wallace even occupied the space. It took the FBI very little time to debunk this “noose” story. Yet, prior to the FBI’s findings, NASCAR made a show of it, saying they were appalled by the act. Yet, if this was so simple for the FBI to dispel, why couldn’t NASCAR. It’s not like you needed top-notch detective skills to figure this out.

Does racism still exist? Sure. But this stuff doesn’t happen anymore. How many “noose” stories have been debunked or, in this case, was simply a misunderstanding? It was exercise equipment. We have moved on from Reconstruction, liberal America. Sorry, this country isn’t as awful as you want to make it out to be, which is also pretty messed up, but you do you, I guess.