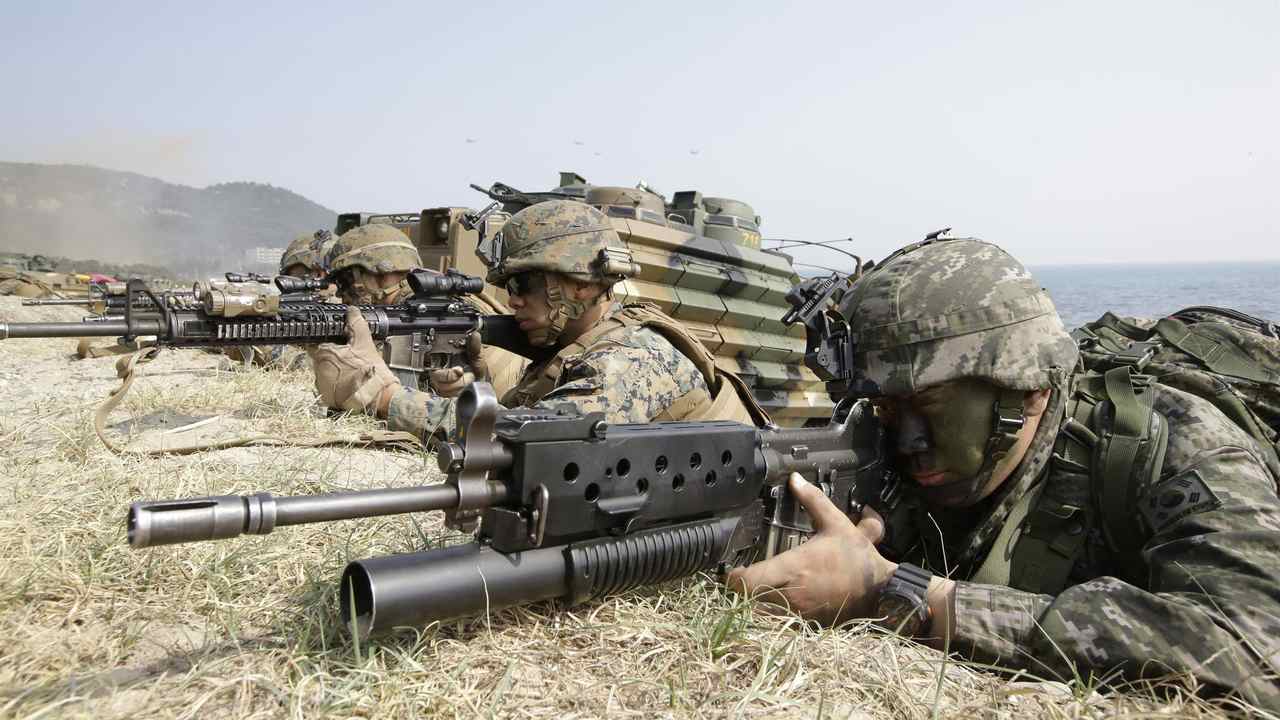 In 2011, my first job was serving as executive director for the Dauphin County Republican Committee. It was my first job out of college. The county row officers were all up for re-election and Judge Bruce F. Bratton was hoping to be retained on the Court of Common Pleas. He's since retired. At a campaign stop in the county, knowing he was a Vietnam War veteran, I asked him if he ever encountered detachments of South Korea's forces who were deployed during the conflict. The Republic of Korea sent some 300,000 troops to fight communist insurgents during that conflict, though not all at once. Judge Bratton's face quickly became stern.

They were "mean," he said. There was another word that came after that, but I cannot repeat it.

Indeed, they were. South Korea's military committed some 80 civilian massacres during the conflict that resulted in nearly 10,000 deaths. The Tiger Division and other units were brutal, but such alleged war crimes weren't really brought front and center, whereas the My Lai Massacre engulfed the American news media. The Diplomat had a good article on why these killings remained off the radar for so long. It's a mix of geopolitics and how South Korea was at the time.

For starters, the nation was under the administration of President Park Chung-hee, who had all but established a military dictatorship. Second, the South Korean military has denied the killings, even after the Chung-hee era. Leaders were cagey about the allegations. Also, you'd think Vietnam would have deep feelings of anger and hatred toward South Korea. Maybe that's the case, but both nations, more or less, decided on a policy of silence, as both looked to expand their economic position in the region amid a still ascending China. Also, when it comes to hating an enemy, what better nation is there for these old communists to rail against than the United States of America? The article cites other reasons for why there's been relatively little accountability for these war crimes (via The Diplomat):

…this is not because of a successful bilateral reconciliation. Rather, it is the result of foreign policy choices, domestic politics, wartime difficulties, and cultural practice.

First, South Korea’s government has denied the killings since the beginning. Involved military leaders imply that the killings were a Communist conspiracy. South Korea’s Ministry of Defense claims such systemic and organized massacres didn’t happen. Its National Intelligence Service has declined requests to publicize their 1969 investigation into the massacres. Several liberal presidents, including Kim Dae-jung and Roh Moo-hyun, have made apologetic statements, but they never directly mentioned the massacres or admitted to the killings. Such remarks were even contradicted by other presidential statements praising Korean troops’ involvement in Vietnam.

Second, domestic politics prevented the issue from making it onto governmental agendas. In the 1960s, South Korea under Park Chung-hee’s authoritarian leadership imposed strict regulations on freedom of speech, which helped the military cover up the massacres. Anyone who came out against the troops could be tortured or imprisoned. In modern time, prominent conservatives in South Korea promote Korean troops in Vietnam as “heroes” and prevent liberal leaders, such as current President Moon Jae-in, from making a full apology.

Third, the war context made it more difficult to bring the massacres to light. There is no concrete record of the killings or the total number of civilian deaths. An often-cited study done by two American Quaker aid workers in 1972 only covered 45 killing cases and a part of the territory occupied by the Koreans. Compared to the M? Lai massacre, there was no whistle blower or international press coverage at that time. Moreover, these killings were not made through an official chain of command so proof of the military’s conduct might have not existed to begin with. The 2017-2018 mock trial in South Korea made the counterargument that guerrilla warfare in Vietnam made it difficult to distinguish between combatant and noncombatant targets.

The United States, which requested foreign backup and transferred these areas to South Korea, was not keen to publicize this issue either. It was reported that the U.S. authorities were not only aware of but also tolerated these massacres (with some even wishing that South Vietnam’s forces could match South Korea’s “aggressiveness”). There was an investigation by General William Westmoreland, but it stopped at the preliminary stage when South Korea’s military leaders denied the killings.

Fourth, both Vietnam’s and South Korea’s foreign policies put historical grievances on the back burner. When talks to establish relations took place in the 1990s, Vietnam never pressed on the massacre issue nor asked for an apology, the way it did with the United States. This approach reflected Vietnam’s reformed strategy of diversifying relations and promoting economic integration. Currently, South Korea is even more important as it is Vietnam’s number one FDI investor, number two official development assistance (ODA) provider, and number two trading partner at a time when Vietnam wants to reduce economic dependence on China.

Vietnamese culture can reduce the visibility of the atrocities’ victims. Civilian deaths in the massacres had a hard time finding their place between Vietnam’s two common death commemoration practices at war monuments and domestic space. The victims, in many cases, were children and Southern Vietnamese villagers, therefore not revolutionary figures to be considered “war heroes”…Also, government-issued textbooks reinforce the mindset that there is no need to investigate South Korea’s killings since students often learn from a young age that U.S. imperialism was the main enemy and Vietnam came out as a clear winner.

Well, those things certainly do impede accountability. If the aggrieved party says put it on the back burner, then so be it. Both nations had deep nationalistic ties and other rivalries to deal with right now. Why bother shedding light on something that would appear to bring shame to both of their nations?