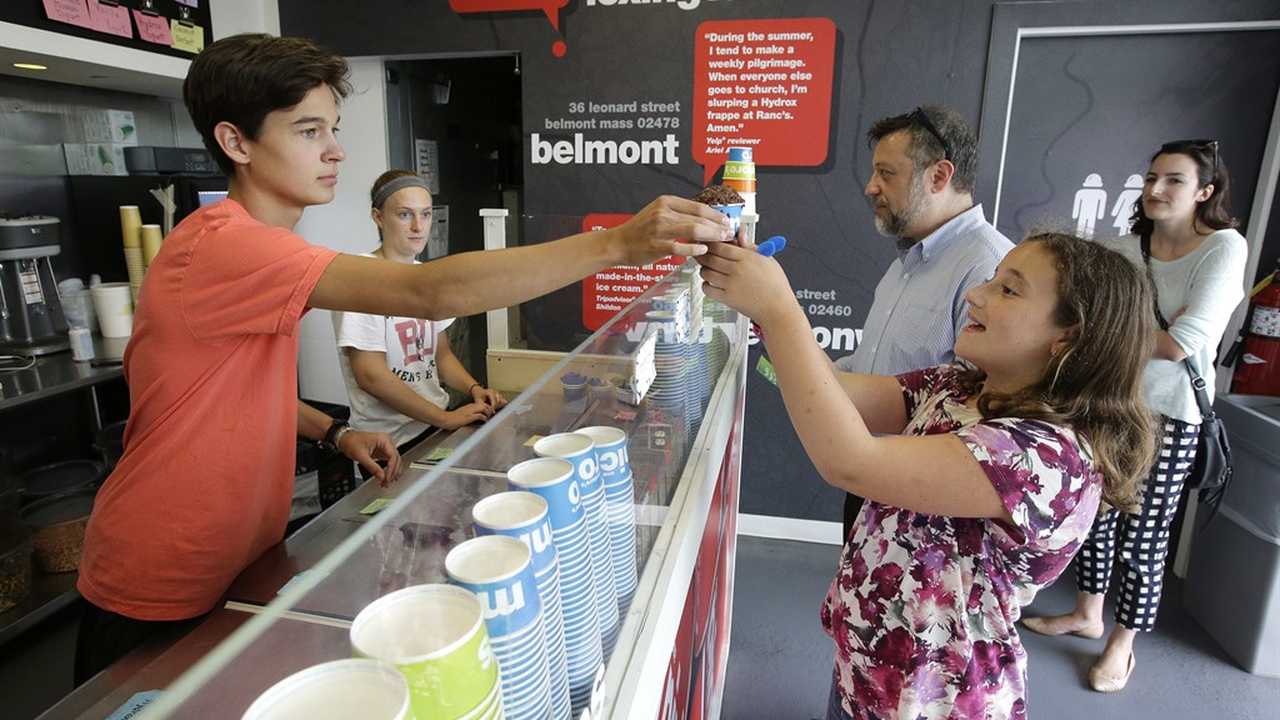 One ice cream shop at Cape Cod was forced to close one day after re-opening post-COVID lockdown. The Polar Cave was mobbed by a horde of angry customers who proceeded to hurl every insult in the world at the young employees at the location. The reason: the orders were taking too long.

Now, it’s somewhat not shocking. Temperatures from everyone are running high due to the nation's economy being virtually locked down, but calling a 17-year-old the c-word because of some ice cream is outrageous. Also, it may suck, but be prepared to wait a long time for food as states start to slowly re-open. The owner of the location, Mark Lawrence, was utterly beside himself at what he saw. It was absolutely appalling. Never had he seen such heinous behavior toward others in his nearly two-decade career of serving ice cream. Polar Cave is now doing orders by appointment only. Initially, Lawrence established new measures to abide by social distancing guidelines when he briefly re-opened, which caused the customers to go bananas. He likened their behavior to caged animals who were let loose by the zookeepers. It was that bad (via NBC News):

A popular Cape Cod, Massachusetts, ice cream shop was forced to close just one day after reopening because customers verbally harassed and cursed at a teenage employee, the store's owner said.

"Everybody's been in their cages. All of the sudden the zookeeper opened the gates, and the animals run out, and the first thing the animals do is go after its prey. And a 17-year-old young girl bringing you ice cream is a pretty easy target to rant your mouth on," Mark Lawrence, the owner of Polar Cave Ice Cream in Mashpee, Massachusetts, told NBC Boston.

"There's a commotion over at the window here, with a lady — well, a female, she's not a lady — standing out over there, yelling and screaming at one of my girls in the window," Lawrence said.

The woman wasn't the only one though. "How disgusting people, numerous people, were to her. F-bombs were dropping like snowflakes," Lawrence said. He said that the girl was called "the 'C-word'" at one point.

That girl, who had been working for Lawrence for three years, quit after her shift. Lawrence set up a GoFundMe for her college tuition, which has raised nearly $40,000 (via Fox News):

Lawrence decided not to reopen his shop … Instead, he started working on a new plan to try to prevent angry crowds from rushing his shop and harassing his workers, devising a system requiring customers to place their orders at least one hour in advance.

But that’s not all Lawrence was doing. After becoming “inundated” with calls and kind messages from the community, he decided to set up a GoFundMe fundraiser with the goal of raising money the 17-year-old’s college fund, because he knew she was “planning to work as much as possible to save money for college” before she quit.

As of Tuesday morning, the fundraiser had garnered over $30,000.

“The underlying message here that gets lost, is how will other businesses reopen. There is no road map to follow,” he added in a later paragraph. “Years of being in business, no one has ever had to go through anything like this. It's like receiving a box from IKEA with a bunch of ‘stuff’ with no instructions and making something. What works for one business well might be a complete failure at another. Each business is unique in its own way.”

So, I guess this nightmare has a happy ending, but an incident that was immensely avoidable no less.

Editor's note: Sorry about the Mass-hole comment, folks. It's been removed. It was made in jest but missed the mark. It was not clear that is was a joke and that's on me. Apologies again.