SAVE THE BEER! Scores of Kegs Are Going Bad Due to the Wuhan Coronavirus Lockdown 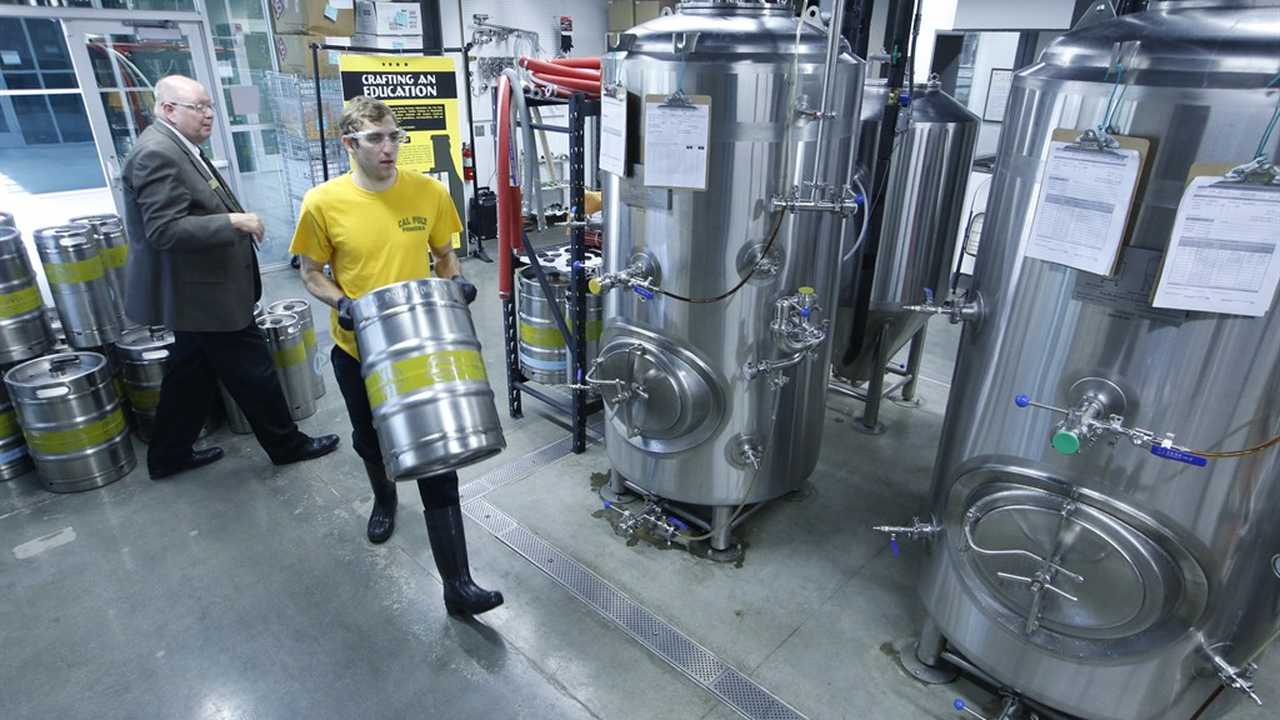 There is nothing more tragic than wasted alcohol. It’s a horrific sin. Yet, with the Wuhan coronavirus pandemic, gallons upon gallons of fine brew could go bad.

With most of the US under lockdown to control the spread to reduce the pressure on our health care system, no beer consumption at sporting events, bars, or restaurants, means that establishments have quite the supply that is quickly approaching its expiration date. Across the pond, in Britain, the situation is even direr, as nearly half of all beer consumption in the country is done at pubs. They’re all closed right now (via WSJ):

The coronavirus pandemic forced U.S. bars to close ahead of two of the country’s biggest drinking occasions: St Patrick’s Day and the “March Madness” basketball tournament. Beer intended for those events is now spoiling in locked establishments, and brewers are trying to get it back so kegs can be refilled before lockdowns lift. Executives say draft beer typically stays fresh for between two and six months.

“This was the absolute worst time for this to happen for draft beer,” said Craig Purser, chief executive of the National Beer Wholesalers Association, a trade body. “We have never ever seen an interruption like this where everything freezes in place.”

The virus has been especially disruptive for food and drink makers who have struggled to redirect the nation’s sprawling food supply chain to meet a surge in demand caused by the pandemic. The closure of restaurants, offices and schools across the U.S. has left producers with huge amounts of vegetables and meat to dispose of because those products can’t easily be redirected to retail stores. Farmers are destroying hundreds of acres of vegetables, dumping milk and shrinking chicken flocks—all to curb supplies that could weigh on prices for months to come.

The beer industry’s troubles ramped up in March when roughly 10 million gallons of suds were abandoned in venues that month alone, according to an NBWA estimate. That is the equivalent of almost one million kegs. Even more beer is stuck at distributors’ warehouses, in transit from other countries and in breweries. Unsold and expiring beer could cost the beer industry as much as $1 billion, according to the NBWA.

In the U.K., an even bigger portion of beer is at risk, since about 49% of beer is drunk in pubs, restaurants and bars, compared with 20% in the U.S., according to industry tracker IWSR. The Campaign for Real Ale, a consumer-focused beer group, estimates about 50 million pints of beer could go to waste.

This is an atrocity. Fifty-million pints in the UK, one million kegs (10 million gallons) in the US—left untouched and at risk of going bad. Luckily, it’s not all going down the drain.

The Wall Street Journal added that some breweries, like Montauk Brewing Co. and AB InBev-owned Blue Point Brewing Co., which are based in New York, are giving their expired batches to The Better Man Distilling Co. to be turned into hand sanitizer. Also, with the curve being flattened and new hospitalizations stabilizing and deaths dipping, even in New York City, the epicenter of the US-based outbreak, a big slate of states could start re-opening quite soon.

This Friday, Texas will open restaurants, retail stores, and libraries, albeit only at 25 percent capacity. Our testing capacity is also ramping up, with states being assured that there will be enough resources should there be another spike in infections. Antibody testing is ongoing and a new therapeutic from Gilead has proven effective against the coronavirus, and the work on a proper vaccine continues. For a large chunk of the country, they can start re-opening and that’s a good thing. For other hot spot areas, like New York, another three weeks might be necessary. Oklahoma is not New York. And it’s a bit sad to see the liberal media freak out over red states, who weren’t hit as hard, plotting their course to re-open their respective economies.