How This NFL Offensive Lineman Is Tackling Coronavirus in the Offseason...Literally 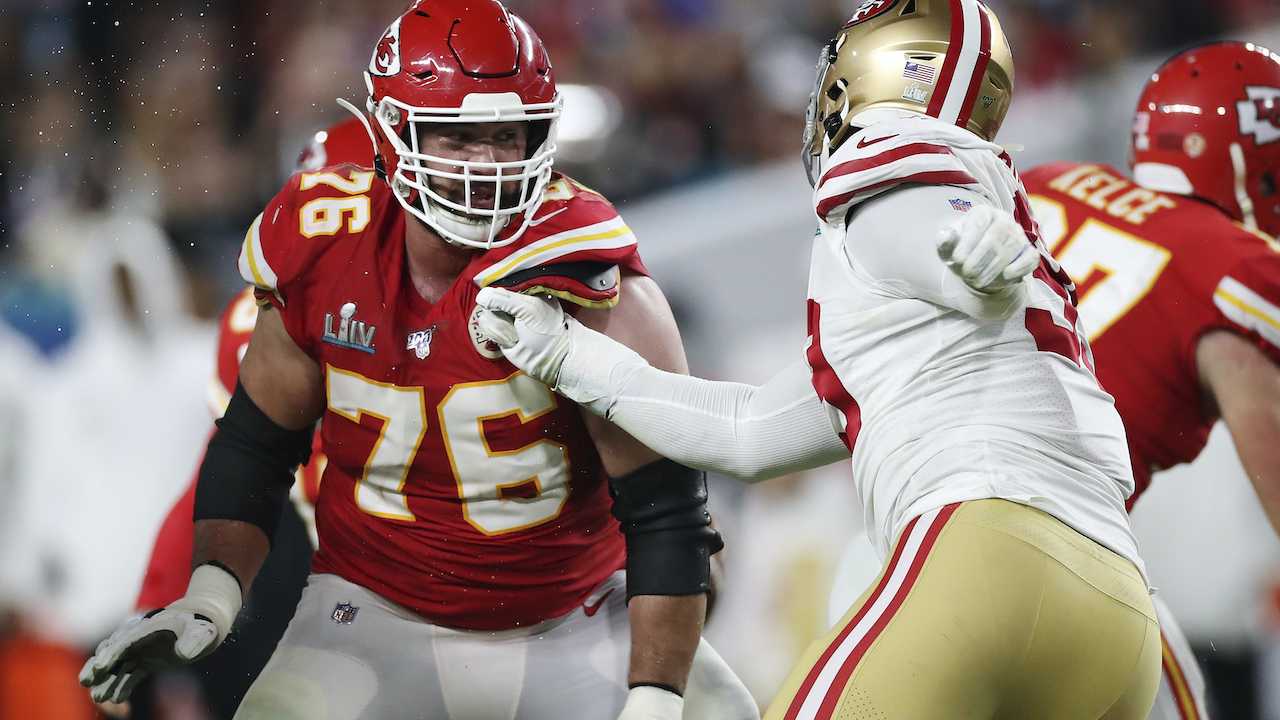 The Wuhan coronavirus pandemic is ravaging the world, thanks to China's incompetence and their allies at the World Health Organization lying for them. After the liberal media slammed people for suggesting this virus might have come from a lab, it looks like it did. China just used the wet market excuse to deflect blame from their embarrassing experiment; they were researching diseases as we do. Only we're better at it. Regardless, the virus is out, and the world is dealing with the fallout.

Besides the economy being ground to a halt, sports have taken a beating. I'm sure you're all watching old games right now. Re-runs have been playing on ESPN and NBC as well. Super Bowl 42 was replayed during Easter. As a die-hard New York Giants fan, it was great to re-live the greatest sports upset of all-time. Speaking of Super Bowls, the reigning champions, the Kansas City Chiefs, have one of their offensive linemen tackling the disease in the offseason—literally. Guard Laurent Duvernay-Tardif is not just a professional football player; he's also a medical doctor. After beating the San Francisco 49ers in February to earn his first Super Bowl ring, Duvernay-Tardif is now on the frontlines in the fight against the coronavirus.

He detailed this journey in a lengthy article for Sports Illustrated, where he felt the need to put his medical education to use after he came back from a much-deserved vacation following the biggest game of his life up to this point (via Sports Illustrated):

Now, the Chiefs lineman, who has a doctorate in medicine, is moving to the front lines of the COVID-19 pandemic https://t.co/u6CvfZKehE pic.twitter.com/dLQ6jJkkw6

A few days ago, health ministry officials started a campaign to recruit health care professionals, especially students in medicine and nursing. It’s now possible for me to go back and help. I had already wanted to, but when it’s real, it hits you, the gravity involved. Now, the discussion shifts from I want to go back to how am I going to go back? I discussed with my girlfriend whether we will continue to sleep in the same bed or live in the same apartment. These conversations made me realize even more the sacrifices that people in health care, on the front line, are making.

I had to check in with the Chiefs from a contract standpoint. They’ve been amazing. They were proud of the fact that I wanted to go help. They said they would support me.

First, I registered for a crash course, where I reviewed the basics of how to put a surgical gown on and learn all the steps for sanitizing, because that stuff is more important than ever, to protect not only yourself but your patients. Then I would most likely end up in a long-term care facility, because that is really where they need people in Quebec and in Canada in general. We got hit hard in those places. They need help to replace the health care workers who have been sick and to help with the increasing demand, because of the increasing number of cases and because all the measures taken to protect health workers and patients slow down the operation.

My first day back in the hospital was April 24. I felt nervous the night before, but a good nervous, like before a game, and I packed everything neatly: scrubs, white coat, extra pens, even a second pair of shoes that I could leave in my locker, knowing they were clean. I wasn’t aware the Chiefs had drafted a running back that night in the first round, even though I will block for my future teammate, Clyde Edwards-Helaire, from LSU.

I was assigned to a long-term care facility near my hometown on the South Shore, which is about an hour from Montreal. On my drive in, I thought about my own draft experience, back in 2014, when I missed a second-day draft party at my house because I was working at the hospital, in an intensive care unit, helping with an emergency C-section. The Chiefs took me the next day, in the sixth round.

My shift started at 7:30 a.m. I found out that I would be working for now in more of a nursing role, helping relieve the workers who have already been in place. There’s so much that needs to happen just to visit with every patient—masks donned and hands washed and equipment like gloves and visors tugged on and off and thrown away. I handled a medication cart, making sure to administer the right dosage and in the proper way. Honestly, I was drained after—and looking forward to going back.

There was one positive test for COVID-19 at the same facility. Officials had set up a makeshift space in the cafeteria with 15 beds to be filled any time a patient comes down with symptoms. So far, due to those types of measures, the virus has not spread to other patients yet.

It’s wild to think that just 10 weeks earlier I played in the biggest game in sports. I was reminded of that even at the facility, when one of the people training me turned and said, “You’re the football player, right?” When I answered yes, he said, “Bro, you just won the Super Bowl.” Indeed, I told him, and now I just want to help.

The NFL draft is over. Teams will have to adjust to the new normal as we work on a vaccine, but there is a real possibility that attending football games won't be cleared until the fall of 2021. Perhaps there will be games without fans. We need something, but for Dr. Duvernay-Tardif—beating COVID-19 is what's in front of him now.

Are We Shocked That This Happened to Liz Cheney?
Townhall
'It blows my mind it’s even being tried': Glenn Kessler fact-checks Brit Hume and the $3.5 trillion spending bill costing $0
Twitchy
Here’s How We Know KamalaWorld Is in Full Crisis Mode
Redstate
The Morning Briefing: Hitting Back at the Democrats' Corrupt Media Enablers
PJ Media