Will Elderly Deaths from Wuhan Coronavirus Cost Trump the 2020 Election? Probably Not. 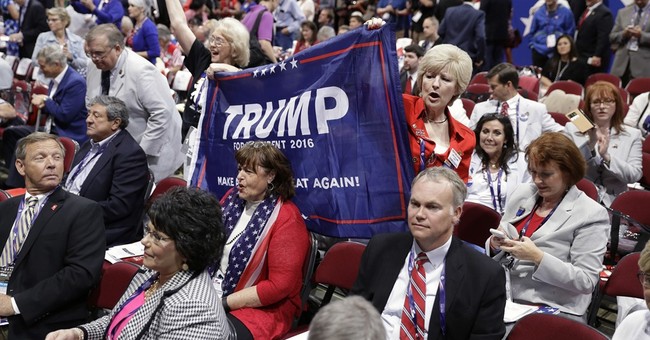 Is this a cause for concern or another instance of liberals cheering that Trump supporters die in order to better their chances of winning the 2020 election? Of course, the former relates only to us, as liberals don’t care about those who disagree with them. But we have a new study showing the number of deaths from the 65 and older cohort from the Wuhan coronavirus could put some key battleground states in play and threaten Donald Trump’s re-election chances. The media trashed the market during this pandemic to increase Democratic chances, but Trump’s response to the US-based outbreak and the daily pressers boosted his approval ratings. Politico wrote about this study and added that according to some polls, seniors, a Trump-heavy voter bloc, are now leaning more towards containing and defeating the virus than re-starting America’s economy, which needs to happen. How that’s done is up to the states—and the ones about to enter phase one of the Trump administration’s guidelines, with the exception of Georgia, appear to be those that haven’t been hit as hard. Despite what CNN says, there is no rural/red state hot spot surge happening. Here’s what the study said (via Politico) [emphasis mine]:

Mass casualties from the coronavirus could upend the political landscape in battleground states and shift contests away from President Trumphttps://t.co/XL8vq4KUBW

Academic researchers writing in a little-noticed public administration journal — Administrative Theory & Praxis — conclude that when considering nothing other than the tens of thousands of deaths projected from the virus, demographic shifts alone could be enough to swing crucial states to Joe Biden in the fall.

“The pandemic is going to take a greater toll on the conservative electorate leading into this election — and that’s simply just a calculation of age,” Andrew Johnson, the lead author and a professor of management at Texas A&M University-Corpus Christi, said in an interview. “The virus is killing more older voters, and in many states that’s the key to a GOP victory.”

Johnson and his colleagues Wendi Pollock and Beth M. Rauhaus projected that even with shelter-in-place orders remaining in effect, about 11,000 more Republicans than Democrats who are 65 and older could die before the election in both Michigan and North Carolina.

The study is based on early fatality projections from CovidActNow.org that are orders of magnitude higher than what's borne out so far in battleground states — a point some outside experts have seized on to inject a dose of skepticism in the study’s findings. In an interview, Johnson acknowledged the high numbers used for the study, but he contended it remains early and that easing of stay-at-home orders could spark more cases and deaths.

William Galston, a Brookings Institution scholar on governance, said the effects are large enough only to affect outcomes in states that are very narrowly divided. But he concluded the study made sense.

Still, there are caveats beyond the death figures used: Researchers used national fatality rates because deaths by state were scant when they started. They similarly applied national percentages of voters by age, not state-by-state figures. But Johnson noted that could actually understate effects in places like Florida, where the GOP relies more heavily on older voters.

Okay, so academia is already biased, and these projections might be off, or they could be very close to the truth. For me, I’d rather wait until we have state by state death rates and breakdowns as ghoulish as that sounds before we go off on declarations that the legions of Republican dead could torpedo Trump in November.

The liberal media has literally tried everything to attack this administration. They trashed the market when this virus struck. They peddled Chinese propaganda amid a global pandemic. For two years, they engulfed the nation in a Russian collusion myth. And in the critical weeks prior to the Trump White House tackling this outbreak, they decided to help congressional Democrats launch a laughable impeachment push against this president, whose evidence was even shoddier than the Kremlin collusion fantasy. So, I guess this isn’t shocking that they’re harping on a study that a bunch of dead old people can help them get rid of Trump. It’s sad. Once the dust settles from this virus and Joe Biden has to speak about the issues for days and days, I’m pretty the train wreck that he will cause due to his inability to know what day it is will offer a new set of headaches where a dead body count will provide no refuge for Democrats or their allies in the media regarding their 2020 dreams.